Lend Online and Earn Up to 11%

Peer-to-peer lending can deliver generous returns, but you’ll be taking on a lot of risk. 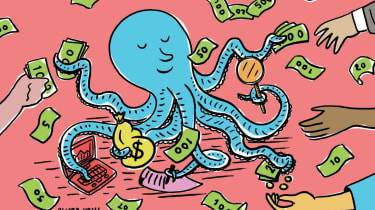 Here’s a riddle: how can you earn annual income of up to 11% on an investment that pays cash every month and that, on average, has not lost money in any 12-month period?

The answer: peer-to-peer lending, in which ordinary people invest online in loans made to other ordinary people. The rich cash flow those loans deliver is a big reason peer-to-peer lending has exploded in recent years, attracting individuals as well as institutional investors. In 2015, the two largest players, Prosper and Lending Club, issued more than $10 billion in loans, up almost 10-fold from 2012.

It sounds risky, and it is. The loans are unsecured (meaning the lender has nothing to repossess if a borrower defaults), and in many cases the companies originating the loans don’t even verify borrowers’ incomes. On average, peer-to-peer loans have returned 7.1% annualized over the five-year period that ended on September 30, according to Orchard Platform, a data company that tracks the asset class. That matches the return of the average junk-bond fund over the same period, but peer-to-peer loans delivered those returns with much less volatility. For example, the average junk-bond mutual fund lost 4% in 2015, while the average peer-to-peer loan returned 6.9%. “You can get a robust yield compared with other fixed-income asset classes,” says Sid Jajodia, chief investment officer of Lending Club.

What’s the secret to those appealing returns? For starters, loans are issued at fat interest rates; the average rate on a new Lending Club loan was 12.8% during the third quarter of 2016. Borrowers are willing to pay such a high rate because it looks attractive compared with the average 16.3% rate on new credit cards (most borrowers use the loans to refinance existing debt). Also, the average-return figures encompass hundreds of thousands of loans. Many individual borrowers default, but those defaults are dwarfed by the large proportion of borrowers who repay principal and interest on time. Finally, unlike junk bonds, peer-to-peer loans lack a readily available market price, which means returns reflect only the income that lenders receive, not movements in prices.

But avoid getting carried away by the dazzling numbers. Recent years have been a good time to invest in consumer loans because both joblessness and credit card delinquency rates have been falling. Data to indicate how these loans might perform during an economic downturn is limited because Lending Club and Prosper were in the early stages of operations when the Great Recession struck.

Lately, the industry has been mired in controversy. In May, Lending Club disclosed that an internal investigation revealed that the company had falsified application dates on some loans to make them appear to meet the requirements of an institutional investor (the company has since overhauled its compliance efforts). Lending Club’s CEO, Renaud Laplanche, resigned shortly thereafter. About the same time, some news reports started raising concerns about the prevalence of repeat borrowers on the platforms. More specifically, evidence suggests that some borrowers may be caught in a cycle of taking out new peer-to-peer loans to pay down their old ones, but that they would have trouble repaying the loans if they were suddenly unable to obtain a new loan at a favorable rate.

In other words, peer-to-peer lending is still a bit of a crapshoot. If you decide to dip a toe in, consider your investment in the loans to be part of your allocation to junk bonds. And know that there’s no road map to show how the loans will perform in an economic downturn or credit crisis.

On the plus side, both Lending Club and Prosper make it easy to test the waters with a small initial outlay. (Many other peer-to-peer lenders cater only to accredited investors, meaning those who meet certain income or asset thresholds.) You can invest in a taxable account or in an IRA. On both websites, you can invest as little as $25 in a given loan, meaning you can assemble a portfolio of 100 loans with just $2,500. That’s a good minimum number of loans to aim for because some borrowers will almost certainly default. According to Lending Club, 99.8% of investors who own relatively equal parts of 100 or more loans have experienced positive returns.

Gauging risk. Both platforms give you the choice of handpicking loans or enrolling in an automatic investing program that will pick loans for you based on criteria you set, such as the size of a loan and its credit rating. However, a lack of information available to investors can make it difficult to assess the actual riskiness of individual loans, says Scott Smith, a financial adviser in Rochester Hills, Mich., who invests in Lending Club loans with his own money. “The website gives you a credit score, an interest rate and what the loan will be used for,” he says. “After that, you are on your own.”

Each site has its own rating formula for assessing a loan’s riskiness. And each firm employs its own unique system to determine which loans to fund. The firms rely more on technology in the underwriting process than a bank might in determining whether to make a loan. For example, Lending Club always notes the IP address of a computer being used to apply for a loan, says Jajodia. (An IP address is a unique set of numbers that identifies each computer on the internet.) It then checks whether the IP address has been associated with other loans or identities on the site in the past in order to evaluate whether a prospective borrower is likely to be who he says he is. Both companies always check a borrower’s credit report before funding a loan. Often (but not always), they’ll verify income—by asking for pay stubs, for example.

As with buying individual bonds, you should invest only if you can afford to tie up your money for the full term of the loan (although unlike with most bonds, peer-to-peer borrowers repay principal gradually over the life of the loan, rather than in a lump sum upon maturity). Both sites issue loans with three-year or five-year terms. If you really need to sell in a pinch, you may be able to find a buyer in the secondary markets offered on the platforms’ websites.

Fees: 1% of borrowers’ on-time payments (less when borrowers prepay; more if Lending Club has to use a collection agency to recover money on defaulted loans)

Returns: The highest-quality, A-rated loans have returned 5.2% annualized through October, and the lowest-quality loans, rated F or G, have returned 8.0% a year. Those figures include all loans the company issued from its start, in 2007, through March 2015.

Fees: 1% of outstanding principal (plus any collection-agency fees on defaulted loans) 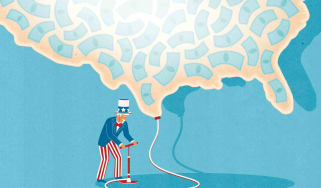 It’s pumping trillions of dollars into the economy and keeping rates near zero. Savers are sunk, but borrowers get a boost.
8 Tips and Warnings on PPP Loan Forgiveness 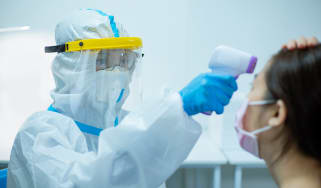 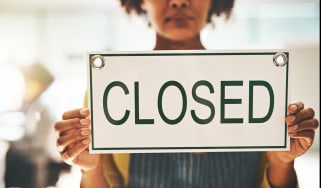 The Paycheck Protection Program rolled out with great fanfare to help save small businesses during the coronavirus pandemic. But something the IRS jus…
Skip to ContentSkip to Footer