This overseas fund hedges its currency exposure to come out ahead when the greenback gains. 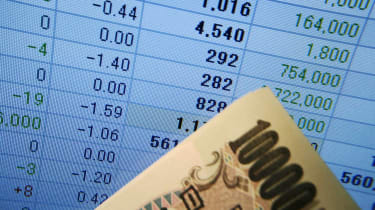 Take a look at the MSCI EAFE index, a prominent gauge of foreign-stock performance, and you might conclude that overseas markets have had a rough go of it lately. That’s because the index lost 0.5% over the past 12 months. And yet, by another measure, a diversified bundle of foreign stocks gained 18.3% over the past year.

What gives? It’s all about the strong dollar. When the greenback appreciates—-as it has over the past year, by more than 20% against a package of major currencies—the value of investments denominated in yen, euros, pounds and the like translates into fewer bucks. One way to fight a rising dollar when you invest in foreign stocks, then, is to invest in a fund that hedges against currency moves.

Enter FMI International (symbol FMIJX), which we recently added to the Kiplinger 25. It earned 10.9% over the past year, beating 99% of all funds that focus on stocks of large foreign companies. But it lagged the version of the EAFE index that hedges against currency swings by 7.4 percentage points. (It’s worth noting that not one fund, even among those that hedge, beat the local-currency-based index.)

When FMI International launched in 2010, the nine managers decided to protect all of their foreign holdings from the effects of currency swings. “We didn’t want to pick great stocks only to have them wiped out by a currency move,” says comanager Pat English. Currency moves, after all, are tough to predict. “It’s a coin flip,” says English.

As for stock picking, the managers focus on high-quality, growing companies that trade at attractive prices. Some of their best performers over the past year include Japanese industrial equipment maker Secom and Italian tire manufacturer Pirelli (they rose 37% and 39%, respectively).

As you weigh whether to invest in FMI, it’s important to understand that currency hedging can work the other way, too. “We will do worse than we would otherwise when the dollar is weak,” says English. That doesn’t necessarily mean the fund will lose money. It just means it won’t profit from the dollar’s depreciation. Over the first four months of 2011, for example, the dollar slid 10% against a basket of currencies. During that period, the average diversified foreign stock fund earned 8.6%, and the unhedged EAFE index soared 10.4%. But FMI International gained only 5.0%.