The High Cost of Emotion in Personal Finance

Our rational side knows market timing is a fool’s game. Yet, short-term trends sometimes drive our decisions. 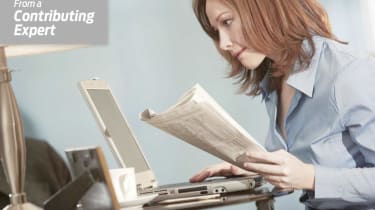 Humans are hard-wired in ways that helped our ancestors survive over thousands of years. Investing in markets is a recent concept – the New York Stock Exchange (NYSE) was founded in 1817. Unfortunately, the cognitive processes that aided our ancestors may undermine our success in modern markets. Behavioral finance is an emerging field that examines how people use the tools of finance, rather than studying the tools themselves.

One common behavioral mistake is known as “myopic loss aversion.” Behavioralists have estimated that people hate losses roughly two-and-a-half times as much as they like gains. We exert more effort to avoid losses than to achieve gain. Suppose an investor’s portfolio rose 40% and then dropped 20%. He/she would feel the loss about 2.5 times as much as the gain. The drop causes heightened loss aversion, potentially leading the investor to panic and act against what he/she knows is rational.

Researchers measured the cost of this approach by comparing the performance of return chasing with a buy-and-hold strategy. The research reveals return chasing leaves nearly 2% on the table annually. Rather than earning 10% annually over the long term, those impaired by the recency bias took a 20% haircut and ended up with 8% annualized returns.

Understanding the lessons of behavioral finance can greatly increase your odds of achieving financial freedom. Realizing that these tendencies exist is the first step in making better decisions. Remember, we hate losses roughly two-and-a-half times as much as we like gains. Fight the urge to panic over investment losses, and realize our tendency to overreact to recent history. Working with a financial adviser can help you stay on track. It’s easy to get emotional when managing your own money. An objective partner can help you overcome harmful behavior biases and remain focused on long-term goals.

David has served as CEO of Mercer Advisors since 2008. He is responsible for the firm’s strategic vision, business plan execution, and organizational structure.

David began his career at Mercer Advisors in 2000 as General Counsel, was promoted to President in 2004, and became Chief Executive Officer in 2008. He is responsible for the overall strategic vision, business plan development and execution, and organizational structure at Mercer Advisors. David earned his degree in Political Science from University of California, Irvine, and his Juris Doctor from the University of the Pacific, McGeorge School of Law.
Share via EmailShare on FacebookShare on TwitterShare on LinkedIn 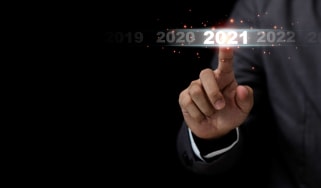