Lessons for the Rest of Us in the J.P. Morgan Debacle

There's no such thing as predictable risk in market trading. So embrace uncertainty, for better and for worse.

Models are seductive -- the mathematical kind, that is. Take J.P. Morgan Chase. The giant financial institution in the late 1980s started lavishing resources, brainpower and management attention on modeling risk to manage risk. "Risk was the bank's obsession," write Bethany McLean and Joseph Nocera in All The Devils Are Here: The Hidden History of the Financial Crisis. "It wanted to measure risk, model risk, and manage risk better than any institution had ever done before."

The bank's financial engineers -- better known as quants -- in the early 1990s devised a relatively easy model for management to quickly grasp the potential loss on the bank's many portfolios when markets went against its traders. Called Value at Risk, or VaR, the risk-assessment tool became an industry benchmark despite widespread criticism from other quants on Wall Street.

For example, the VaR measure of risk assumes tomorrow is pretty much like yesterday, yet during a crisis markets act in strange, unpredictable ways the model can't capture. Despite VaR's shortfalls, the model cemented the risk-savvy reputation of Morgan and its no-nonsense CEO, Jamie Dimon, especially after the bank came through the global credit crunch comparatively unscathed.

But Morgan's risk obsession made the banks' recent series of bad bets all the more shocking on Wall Street and among financial regulators. On Friday, July 13 (a fitting day, no?), the bank reported that the trading losses had reached $5.8 billion year-to-date.

Their losses, your portfolio

The intriguing question is what individual investors can learn from the debacle about managing their own personal finances, particularly retirement savings. (The trading losses involve a number of vital regulatory issues, mostly concerning public policy toward too-big-to-fail financial institutions. But that's a different story.)

There seem to be at least three critical takeaways. First of all, be wary of supposedly fail-safe models (but don't abandon them altogether). We should embrace uncertainty, meaning we truly don't know what will happen tomorrow, let alone three decades from now. And, most importantly, appreciate the wisdom of creating a financial margin of safety. "Because we can't know the future, we need to protect ourselves from errors," writes James Montier, a member of the asset allocation team at GMO, a Boston-based money manager.

Models help us think ahead, despite their flaws. Every once in a while, I'll spend time at the computer trying to figure out how I stand financially for retirement. I know the models are way too simplistic, typically involving a guesstimate of future savings, results shaped by long-term historic rates of return, tax rate predictions and the like. I prefer far more sophisticated online programs, such as ESPlanner. It requires much more detailed data to suggest ways to smooth out savings and spending over a lifetime (what economists call a life-cycle smoothing model). A financial planner for hire will probably run a variety of scenarios for you, usually off Monte Carlo simulations. That's a mathematical model for computing the odds of an outcome, such as the value of your nest egg at retirement, by testing thousands upon thousands of possible results.

In My Life as a Quant, an autobiography of a physicist turned financier, Emanuel Derman wrote "much of financial modeling is an exercise in imagination." Even the best retirement models are abstractions that capture only a number of risk-and-reward trade-offs. Yes, you should plan for your retirement, and models can help stimulate your "imagination." What you can't do is suspend judgment. You shouldn't manipulate the results to be more to your liking, such as substituting a higher rate of return on your 401(k) when the program calls for saving more. It seems that JPMorgan violated both sensible admonitions.

For example, no one knows if Europe and the euro will implode, but it isn't as if we aren't aware of the risks. Similarly, considering the complexity of the global financial markets and the desire of traders to speculate, Morgan's blow-up is also a predictable surprise.

Think of it all this way: If you're in your fifties, it's a safe bet that there will be a number of recessions, financial catastrophes and other mishaps -- as well as unexpected booms and innovations--by the time you decide to retire. You can't eliminate the uncertainty in either direction. "Another reason to be conservative in financial planning is what we used to call unk-unks in the defense industry," says Henry "Bud" Hebeler, head of the online retirement planning Web site Analyzenow.com and the former head of Boeing Aerospace. "This stood for unknown-unknowns, a term used to emphasize the point that they were really unlikely to be considered in advance."

Build your own financial fortress

The combination of risk and uncertainty leads to the most important lesson from Morgan: how critical it is to save for a financial margin of household safety. Imagine, the risky trades cost Morgan $4.4 billion in the second quarter, yet the bank still sported a second-quarter net income of $5 billion on revenues of $22 billion.

The bank has such a sterling balance sheet, with $2.3 trillion in assets, that it could absorb the eye-popping loss and still make a profit. Now take that lesson to your own investable assets: The financial security that comes from creating a fortress balance sheet allows households to avoid catastrophe during the inevitable setbacks.

In Benjamin Graham's 1949 masterpiece, The Intelligent Investor, the legendary money manager memorably wrote: "In the old legend the wise men finally boiled down the history of mortal affairs into the single phrase, ‘This too will pass.' Confronted with a like challenge to distill the secret of sound investment into three words, we venture the following motto, MARGIN OF SAFETY." Good advice for investors then and households now. 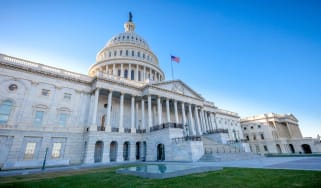