This wonky technical indicator is in the news, but don’t worry about it. 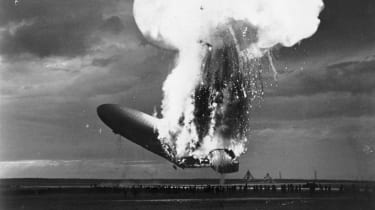 Over the past several weeks, an obscure technical indicator has been in the news. The ominous-sounding Hindenburg Omen supposedly predicts major market selloffs, if not outright crashes.

The problem is that it predicted 10 of the last two bear markets.

In other words, it’s not very reliable.

Named for the ill-fated dirigible that exploded over New Jersey in 1937, the Hindenburg Omen seeks to identify extreme inconsistencies in the stock market that suggest things are not quite right. Theoretically, the good news that many stocks trade at new highs masks the fact that many others trade at new lows.

However, unlike the indicator, the concept is not obscure at all.

Most investors have heard the term “narrow market,” where only a handful of stocks are responsible for the market’s strength. We saw it in the 1960s and 1970s with the “Nifty 50” stocks that institutions bought at any price. We saw it in at the end of the Internet and technology bubble in 2000 when these stocks soared higher despite the fact that the average stock was weak.

Major market indexes, such as the Standard & Poor’s 500-stock index and Nasdaq Composite, give big stocks more weight than they give to little stocks. That means a strong performance by a goliath such as Amazon.com (AMZN) can hide the fact that dozens of small stocks are not doing well at all.

Investors pile into the winners, pushing them up to unsustainable valuations, ignoring earnings and all other fundamental measures. However, eventually the market pushes back. Because “everyone” already owns these stocks, when the first sign of trouble hits and people want to sell, there is nobody left to buy them. Thanks to the forces of supply and demand, these leading stocks start to fall, and fall quickly.

It appears to be a good strategy for identifying market tops. The problem is that a narrow market condition can last for months. In fact, market breadth peaked nearly two years before the Internet bubble finally popped and the Nasdaq peaked.

Without getting bogged down with the hard-core details, which are available all over the web, the basic Hindenburg signal fires when the market is in a rising trend, and there are a lot of both new 52-week (annual) highs and 52-week lows. What constitutes a “rising trend” and “a lot” of new highs or lows was created by the developers of the signal, but they really don’t matter to most investors.

Rather than dwell on these individual component conditions, let’s concentrate on their collective meaning. Let’s call it the “spirit of the analysis” rather than the “letter of the law” – the latter being a static checklist of indicator values.

We can slice and dice any market into pieces so fine that we can back up any preconceived notion we might have about where stocks are heading. The funny thing is that anyone can tweak all the inputs in such a way to make them fit the data and create a beautiful indicator to predict the past.

One major component of the Omen requires that at least 2.8% of all stocks on the New York Stock Exchange reach new highs at the same time that more than 2.8% reach new lows. Another says the NYSE Composite Index must be higher in price than it was 50 days ago. (There are more conditions that really kick up the complexity, but let’s just stick to these easier-to-understand conditions.)

Typically, we will see a signal occasionally, and often a cluster of two or three occurring within a few days of each other. The more signals, the “better.”

This cluster of signals has approached a dozen over the past few weeks, which would be a record going back to when the exchange changed how it reported the high/low data nearly 40 years ago. It is no wonder that financial pundits are up in arms over the Hindenburg Omen, trying to outdo each other with headline-grabbing predictions.

After all, what’s more sensational than comparing the current stock market to an airship that went down in flames?

Why the Omen Isn’t Everything

The problem is that there still are too many definitions of what constitutes a real signal. This is especially true when we dig down into the lists of stocks that reach new lows each day. A very high percentage of them are not common stocks of U.S. companies. Some are American Depositary Receipts (ADRs) of foreign companies. Many are preferred stocks, which act more like bonds than stocks. And a big percentage are actual bonds and bond funds.

Some analysts find that breadth data – advances and declines, new highs and lows – is better with these non-stocks included. Others say it is not.

Right away, we can see how the Hindenburg Omen is subject to subjectivity.

The real news is that by most definitions, a dozen or so signals in one cluster is worth noting. However, it is not worth selling everything and keeping cash in the mattress.

Why? Because the background environment for stocks – the spirit of the market – still is rather healthy.

Interest rates remain historically low despite the Federal Reserve’s campaign to normalize them at higher levels. Corporate profits are strong. The labor force is fully engaged. Wages are up. Consumer and business confidence are both up. And despite all the political turmoil, people are starting businesses, going to work and consuming things.

From the more technical angle, market sentiment still is somewhat on edge, meaning that the so-called “Wall of Worry” is still there. Unlike the end of overly confident environments, such as the Internet bubble and the housing bubble, people still believe that the market “owes” them a major correction in a bull market that’s now more than nine years old – the longest on record.

When people expect a correction, they act accordingly by increasing their sales and reducing their purchases. By definition, that is not what happens in a bubble.

That is not to say the market cannot stumble soon. Despite their low levels, interest rates are indeed rising and that often is a headwind for stocks.

The leading technology stocks of today – the so-called FANGs, using the original definition – are not all leading anymore. Oil prices are at four-year highs, which adds costs to businesses and individuals alike. And small-cap stocks, as measured by the Russell 2000 index, have been lagging their bigger cousins since June.

All of these are bigger concerns than the over-engineered Hindenburg Omen signal.

So, what should we do with all of these signals? Add them to all of the other evidence we have, from earnings to interest rates to how everyone feels about stocks. Some of it is bullish, some is bearish.

Until the stock market and the economy give off more definitive negative signals, the best advice is to stick with whatever investment plan you’ve already got in place, and keep a watchful eye out for trouble.