Pat Harrington Jr. (a.k.a. Schneider from the '70s hit sitcom One Day at a Time and veteran Kiplinger's subscriber) shares valuable lessons about personal finance. 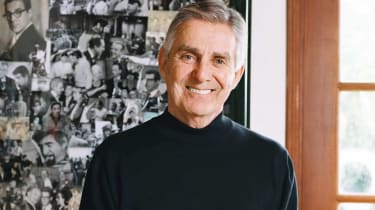 Actor, writer, comedian and Kiplinger’s subscriber Pat Harrington Jr., died this week at the age of 86. Many may remember him as Schneider from the 1970s sitcom One Day at a Time but he was also known for appearing in countless sitcoms and motion pictures, as well as the voice of several notable cartoon characters. Pat started his acting and writing career in television during its golden age in the 1950s, gaining popularity as a sketch comic for late night talk show innovator Steve Allen and appearing as a regular for Jack Paar on his Tonight Show.

A man who took charge of his personal finances, as he did his career, Pat spoke to us back in 2008 about the mistakes he made when he first started investing his money and the lessons he learned.

When did you first start investing?

When I was working on One Day at a Time, which aired from 1975 to 1984. In the last three years of that show I was making an enormous income. So I got together with a big investing firm and put my money in stocks.

Did your investments do well? No, that firm really failed me. The managers put my money where they wanted it. I lost about 30% to 40% of my stake. I also had a business manager who went south on me by making bad buys in real estate.

How did you survive all that? I just worked harder. Luckily, I received a lot of money from residuals because I had a large body of work dating from the late 1950s. Then I sat down and began examining financial newsletters. After trying two or three, I settled on Navellier in 2002.

With good results? I have more than doubled my money. When I started with Navellier, nothing made sense. I was completely in the firm's hands the first couple of years. Now, I own 50 stocks in a TD Ameritrade account, and I do all the purchasing and selling. In 2007, I earned about 15%.

How do you keep up with 50 stocks? I'm on the computer every day. The first thing I do in the morning is take a look at what's happening. I may sell some shares to raise a little cash.

Any other sources of income? I have three pensions (Screen Actors Guild, American Federation of Television and Radio Artists, and Actors' Equity) and Social Security benefits. When I get out of bed on January 1, I know I have x number of dollars coming in for the year. And that's a terrific feeling.

What lessons have you learned over the years? Saving is important because you have to be able to handle emergencies, and you don't want to start breaking down your investments to pull money out. When it comes to investing, hold on to your money until you're just a bit more sure than unsure. Then you can start. But that has to be a totally informed process. You have to do your homework.

A broad-market downturn Tuesday ended the Nasdaq's five-day win streak and sent economically sensitive industries to deep losses.
The Bull Run Is Over: It’s Time To Replace Luck with a Plan

A surge in Chinese equities, as well as a massive improvement in services-sector data, lifted U.S. stocks and sent the Nasdaq to new highs Monday.
Skip to ContentSkip to Footer