The downturn among foreign stocks has affected the foreign-stock funds in the Kiplinger 25, but they still deserve a place in your portfolio. 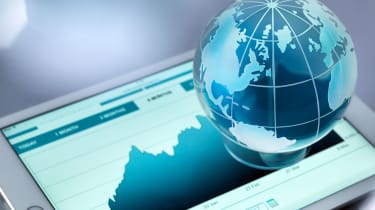 What a turnaround. At the start of 2018, the outlook for foreign stocks was sunshine and roses. But by spring, the optimism had evaporated in a black cloud of worries about a trade war and the negative impact of rising U.S. interest rates and a stronger dollar on foreign economies. A "bad cocktail" of macroeconomic conditions has taken a toll on overseas markets, particularly emerging countries, says Baron Emerging Markets (BEXFX) manager Michael Kass. And investors are anxiously waiting to see if a collapse of Turkey's lira triggers a sector-wide crisis.

The downturn affected our Kiplinger 25 foreign-stock funds, too. But all are in positive territory over the past 12 months except for Oakmark International (OAKIX), which lost 2.4%.

Managers at AMG TimesSquare International Small Cap (TCMPX) seek well-run businesses that are taking market share from weaker competitors. That helps shield the fund from broad economic and political shifts, says co-manager Magnus Larsson. "We've been able to find pockets of growth even in economies that are not growing strongly," he adds. One example, he says, is shares of online Japanese mortgage lender Aruhi, up 89.7% so far this year, even in slow-growing Japan.

A sign of hope for global markets is that earnings growth is chugging along. Even so, Kass says, emerging markets will likely trail developed markets.

But that's no reason to bail on foreign stocks. Even if a tilt to U.S. stocks makes sense now, it's important to remember that foreign stocks account for 48% of the world's market and they deserve a place in your portfolio.