A Mutual Fund That Invests in China's Growth

Managers at Matthews China wait for reasonable prices before they buy. 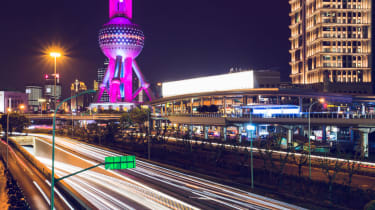 Even if you invest across the globe, chances are you don’t hold many Chinese stocks. China-based firms account for 23% of assets in the average emerging-markets stock mutual fund and just 3.5% of the average global stock fund. But although China may be a fringe player in your portfolio, it’s squarely in the center of the global economy. The World Bank estimates that China will drive 35% of the world’s economic growth from the start of 2017 through 2019—nearly twice as much as the U.S., which comes in second, at 18%.

That doesn’t mean China stocks should be front and center in your portfolio. But if you want to bump up your exposure, consider Matthews China (MCHFX), a mutual fund that invests in growing firms with market values of at least $3 billion. Lead portfolio manager Andrew Mattock and his team keep a running list of companies they’d like to own: firms they expect to boost earnings at an above-average rate over the next five years. But the team considers buying only when a stock is reasonably priced compared with those earnings-growth projections and with similar firms. The fund is fairly selective. At last word, the portfolio contained just 46 stocks.

The managers’ highest-conviction names occupy the largest positions in the portfolio. Those top spots currently belong to familiar Chinese firms: internet and social media conglomerate Tencent Holdings and e-commerce giant Alibaba Group Holdings, which together account for 18% of the fund’s assets. Though the bulk of the portfolio is invested in Hong Kong–traded firms, 13% of assets is invested in stocks traded on China’s mainland exchange, compared with just 8% for the average Chinese stock mutual fund.

The managers at Matthews focus on companies that stand to benefit from China’s growing domestic market. One such firm is Ping-An Insurance, which began as a life insurer but now offers investment banking, brokerage and wealth-management services. Mattock says the company is miles ahead of the competition when it comes to financial technology, an important tool for attracting and retaining customers. The stock has returned an eye-popping 71.9% over the past 12 months.