What the Government's New Financial-Adviser Rule Means to You

The Department of Labor aims to keep bad investments out of your retirement accounts. 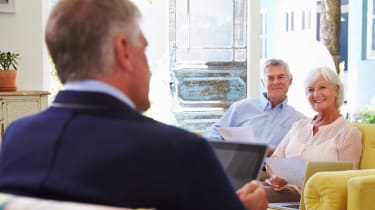 In a long-anticipated move, the U.S. Department of Labor on April 6 unveiled a final rule that raises the bar for investment advice provided to retirement savers. Under the rule, essentially anyone providing investment advice on a retirement account in exchange for compensation must act as a fiduciary, meaning he or she must put the investor’s best interests ahead of his or her own.

Plenty of advisers to retirement accounts already must act as fiduciaries. Registered investment advisers – people who give advice on or manage investments and are registered with a state regulator or the Securities and Exchange Commission – are always held to a fiduciary standard. Brokers, who typically perform the same functions as registered investment advisers but are regulated and licensed differently, generally need only recommend investments that are “suitable” for clients (a lower standard than the fiduciary standard), though they must act as fiduciaries in some situations. The new rule plugs some holes so that anyone who offers advice on retirement accounts falls under the stricter standard.

The Consumer Federation of America applauded the DOL move. In a news release, Micah Hauptman, a financial-services lawyer with the CFA, said: “It appears that the rule properly closes the loopholes in the current rule so that financial professionals can no longer evade their obligation to serve their customers’ best interest…This rule will lead to better outcomes for retirement savers and bring them one step closer to a secure and dignified retirement.”

The new rule also raises the bar even for advisers who already act as fiduciaries because the DOL’s standard has sharper teeth than the existing legal standard. Under the existing standard, advisers can recommend investment options that pay them a greater commission as long as they disclose the conflict of interest. Under the new rule, advisers and brokers can still receive commissions, but their firms are required to take proactive steps to reduce (not merely disclose) the resulting conflicts of interest. Exactly what steps they’ll need to take and exactly how this might change the compensation structures of brokers and advisers isn’t totally clear yet, but some compensation practices may be changing. The rule also limits providers to charging “reasonable” fees and makes it easier for investors to sue their brokers or advisers if they receive shoddy advice.

The financial industry has fiercely opposed such a rule for years. The Securities Industry and Financial Markets Association, a lobbying group for the industry, called the previously proposed version of the rule “unworkable,” and argued that it would force less-affluent savers out of the market for advice entirely. On its website, the group says that it is currently reviewing the final rule to determine if it is still unworkable.

What is likely to change for you, the investor? If you already work with an adviser who charges a reasonable fee, doesn’t accept commissions and recommends low-cost funds, you might not see any changes other than some extra disclosures. If you work with a broker or adviser who charges commissions, you might see changes in the mix of investments your adviser or broker recommends in the future. That might include a shift away from certain fund companies toward others.

Mercer Bullard, founder of Fund Democracy, an investor advocacy group, says that some brokers may start to recommend greater bond allocations and lower stock allocations to better reflect investors’ tolerance for risk. Because stock funds generally pay larger commissions than bond funds, he says, some brokers may in the past have recommended higher stock allocations for their clients than warranted. Firms and advisers have until January 1, 2018, to fully comply with the rule.

Although the DOL’s rule applies only to retirement accounts, it may have broader repercussions as brokerages and other advisory firms adjust their pay models. That could mean more advisers and brokers move to fee-based compensation from commission-based compensation, even for non-retirement accounts. The SEC is working on its own fiduciary rule, which would require all investment advisers and brokers to provide advice in their clients’ best interests for all types of accounts. The SEC is expected to issue a proposed rule on the matter before the end of the year.

Finding someone you feel you can trust with your money is difficult enough even when you’re not worried about understanding new legal standards. But these new rules don’t change anything you need to do when choosing an adviser: We prefer advisers who charge by the hour or according to the amount of money they manage for you and, thus, have fewer conflicts of interest (you can find fee-only advisers through the National Association of Personal Financial Advisors). Do a background check with regulators (including with the SEC, for registered investment advisers, or with the Financial Industry Regulatory Authority, for brokers). And have an up-front conversation about fees and conflicts of interest so that you are crystal clear about how your adviser makes money.