Do You Own ETFs? Heed the GICS Shakeup

Coming changes to how stocks are classified by industry and sector could have repercussions for investors in many exchange-traded funds. 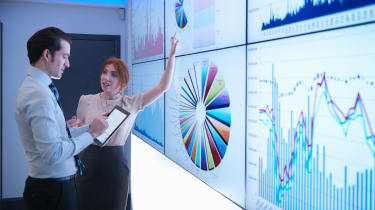 If you invest in exchange-traded funds, you’ll want to take a close look at the stocks and other securities held by your ETFs as 2018 progresses.

Two of the most prominent providers of indexes that determine what ETFs own are shaking up how they classify many popular stocks, including Facebook (FB) and Alphabet (GOOGL). Since the vast majority of ETFs are passively managed, the underlying index dictates what ETF managers buy and sell.

ETF investors received a heads-up that changes were coming, but the potential significance of the changes is becoming more apparent. Index providers S&P Dow Jones Indices and MSCI announced in November that they were looking to make changes to the structure of what’s called the Global Industry Classification Standard (GICS), which determines how stocks are sorted into sectors, industries and even sub-industries. The changes are slated to take effect at the end of September. On Thursday, S&P Dow Jones Indices and MSCI revealed the identities of 200 stocks (PDF) that would be affected by the changes.

ETF investors would be wise to pay attention.

Yes, these changes are complicated, but that’s all the more reason for ETF investors to pay close attention. To help, here’s a simplified example of how GICS changes could affect your portfolio. Let’s look at the changes we theoretically could see in the Vanguard Information Technology ETF (VGT) – a popular tech ETF that holds more than $18 billion in assets.

Based on the chart above that shows the stocks held by the ETF that could be reclassified by the GICS changes, nearly 20% of VGT’s portfolio could change over, including prominent names such as Facebook and both share classes of Google parent Alphabet. The resulting classification shifts could mean that those stocks would end up moving into the Vanguard Telecom Services ETF (VOX), which also would bring in a few consumer discretionary stocks, including Walt Disney (DIS) and Dish Network (DISH). This could drastically alter the dynamics of both funds.

The VGT has averaged 13.4% annual gains over the past decade, versus just 5.9% annual returns for the VOX and its motley crew of sleepy telecom companies. The flipside? Those telecoms power a 4%-plus yield in VOX, versus just 1% for the VGT. So both income and growth potential alike could be in flux.

Some popular funds might be affected differently. For instance, the $400 billion Technology Select Sector SPDR Fund (XLK) already meshes tech companies such as Facebook and Alphabet with telecoms such as AT&T. However, it likely will be impacted by the influx of a few large consumer discretionary stocks migrating into telecommunications. Meanwhile, holdings such as eBay (EBAY) could move out of XLK and into the Consumer Discretionary Select Sector SPDR Fund (XLY).

The takeaway here? If you own any sector or industry ETFs, in particular, it’s time to pay close attention to the “Press Releases” or “Literature” section of your fund provider’s website. Over the next few months, many ETF providers are sure to release updates on what the new GICS classifications mean. Take them seriously: They could drastically alter the risk, growth potential and income generation profiles of some of your most important holdings.

EDITOR'S NOTE: This story has been updated to reflect potential changes to the XLK.

You can assemble a simple, diversified and dirt-cheap portfolio using just a handful of the best iShares ETFs from its 'Core' series.
10 of the Best Target-Date Fund Families