U.S. Economy Pulling Away From Rest of the World

As more Americans find jobs, they're willing to spend, priming the economy. Lower fuel and food prices are helping, too. 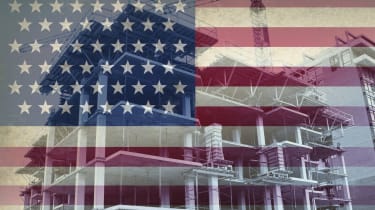 The U.S. economy, having found its footing in 2014, will gain momentum in 2015, even as Europe struggles to stay out of recession, Japan remains sluggish and growth in emerging economies slows. Kiplinger expects the economy to grow 3% or better in 2015. That’s the best annual growth rate since 2005, and up from expected growth of 2.2% in 2014. Worldwide, economic growth is expected to average 3.2% in 2015.

Cylinders are firing in the U.S. Monthly job gains averaged 227,000 through the third quarter of 2014, and the economy will add jobs at about the same monthly rate in 2015, says global economic forecasting and analysis firm IHS. Unemployment could sink to 5.5% by the end of 2015. Wages will tick up in coming months, with more midsize and small businesses saying they expect to boost pay for employees by 3% or greater.

Bigger paychecks are just more good news for U.S. families. The average household debt-to-income ratio is the lowest since 2002. And falling food and gas prices are leaving more money in our pockets, cash that can boost consumer spending overall, which in turn accounts for 68% of the U.S. economy—setting up a virtuous circle of growth. Businesses will do their part, increasing spending on plants and equipment by an average of about 7%, up from 5% in 2014. “We’re in a boomlet here in the U.S.,” says Bob Baur, chief global economist for Principal Global Investors.

Kiplinger sees consumer prices rising at a 1.9% rate in 2015. Muted inflation gives the Federal Reserve Board breathing room when it comes to raising interest rates. “The Fed has a long runway,” says Steve Wood, chief market strategist for Russell Investments. “It won’t be forced to do anything it doesn’t want to do.”

Short-term rates might not rise at all until the second half of the year, and then only modestly. By year-end, the federal funds rate (the rate that the Fed charges banks for overnight loans) should be near 0.75%, up from essentially zero. Watch out for rising variable-loan rates on home-equity loans and credit cards; rates on certificates of deposit and savings accounts will creep higher, too. If inflation expectations stay low, increases in long-term rates will be subdued. The 10-year Treasury bond should reach 3.2% in 2015, up from an expected 2.5% at the end of 2014.

Mortgage rates will edge higher, with 30-year fixed-rate loans averaging about 4.7% by year-end. Home prices should move up gradually in 2015, supported in part by a backlog of young adults eager to get out of their parents’ basements. Maybe 2015 will be the year they finally launch (see Housing Outlook, 2015).