The Next Great Dividend Stocks of the S&P 500

These three companies yield nothing now, but they have the wherewithal to pay plenty down the road. 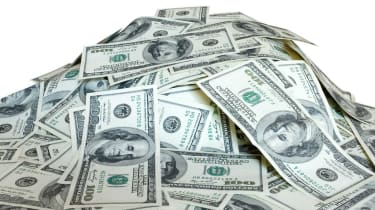 To pay or not to pay. That’s the key question for many companies when it comes to dividends. Although 420 companies in Standard & Poor’s 500-stock index pay regular cash dividends, 80 businesses don’t. And the list of non-payers includes many profitable and growing firms, from Biogen (symbol BIIB, $318.78) to Berkshire Hathaway (BRK-B, $142.74).

Stocks of companies that initiate dividends tend to fare well. Shares of dividend payers rise an average of 15% in the 12 months following the announcement of the initial disbursement, says David Park, an analyst with Santa Barbara Asset Management, in Los Angeles. These stocks also beat their sector by an average of six percentage points in that first year, and they outperform the market in the second and third years after a dividend launch.

Growing companies have better things to do with their money than dole it out as dividends. Reinvesting in the business is usually a better idea, especially if a firm is racking up high returns on invested capital (a measure of profitability). Moreover, investors don’t particularly want a dividend if it means that corporate bosses will spend less on the business, possibly undermining future growth. Such high-flying companies as Amazon.com (AMZN, $536.15), Chipotle Mexican Grill (CMG, $742.23), Netflix (NFLX, $114.31) and Under Armour (UA, $99.33) have never paid a dividend—and as long as their stocks keep climbing, they aren’t likely to launch one. (Share prices and related data are as of July 31.) Berkshire Hathaway doesn’t pay a dividend, because Warren Buffett figures he knows how to use the capital more wisely than shareholders.

A company faces more pressure to pay a dividend when its business matures and it can no longer justify hoarding so much cash. Microsoft (MSFT, $46.70), for example, declared its first dividend in 2003, 17 years after it went public. By then, the software giant had become large and sluggish; sales and profit growth had slowed to a 10% annual pace, and shareholders started clamoring for cash. The fact that Microsoft was sitting on $43 billion in cash at the same time the stock was languishing only buttressed their point. The roster of large tech companies that pay dividends now includes Apple (AAPL, $121.30), Cisco Systems (CSCO, $28.42) and Oracle (ORCL, $39.94).

One notable tech holdout is Google (GOOGL, $657.50), though that could change. The tech firm has amassed a hoard of $67.5 billion worth of cash net of outstanding long-term debt, which is equal to 10% of the company’s stock market value. The pile keeps growing as Google reaped $11.4 billion last year in free cash flow (cash available to shareholders after the capital expenditures needed to maintain the business). If the company paid out about $4 billion a year, it would result in a 2.2% dividend yield, based on the stock’s current price. “Google views itself as a growth company,” says Park, but it has more than enough cash to expand the business and still return some to shareholders.Of course, we wouldn’t recommend a stock simply because it might pay a dividend. Google has been reporting healthy sales and profit growth. And with the stock climbing 24% this year alone, it doesn’t need a dividend to entice investors.

Although a dividend can be icing on the cake, investors should focus on stable, high-quality businesses that have growing revenues and profits and a manageable debt load. Without these attributes, a dividend may not be sustainable, says Bill McMahon, chief investment officer of ThomasPartners, a Boston money management firm. Even if a company can afford it, a dividend may not be in the offing. Many firms face restrictions by bondholders on shelling out cash for dividends (the bondholders want companies to pay their interest and debts first). Rapidly growing companies also tend to prefer buying back shares over making payments directly to shareholders because it’s harder to stop paying a dividend than to rescind a buyback program. Moreover, it may not be so easy for companies to tap the cash on their balance sheets. U.S. companies are now stashing $2.1 trillion in cash offshore, and they can’t repatriate it unless they pay tax on the profits—which many are loathe to do.

Slap those caveats on the roster of non-dividend payers and the list of compelling stocks shrinks rapidly. One that remains is Bed, Bath & Beyond (BBBY, $65.23), another firm that looks as if it could initiate a dividend without much stress. Analysts expect earnings for the home furnishings retailer to climb a modest 3.8% in the current fiscal year, which ends next February. Although profit growth is now tepid, the company has been investing in its online business and other initiatives to help lift future earnings. And it’s winding down a $9.5 billion stock-repurchase program. If the company doesn’t authorize additional buybacks, it could be a signal that a dividend is in the cards, says Joshua Borstein, an analyst with Longbow Research, an investment firm in Independence, Ohio. Bed Bath’s free cash flow yield—essentially, what the stock would yield if the company paid out all of its free cash flow to shareholders—is 7.5%. With a solid financial profile, Bed Bath could easily pay out enough cash to give the stock a yield of 2% to 3%.

Express Scripts (ESRX, $90.07) also looks like a good candidate to pay a dividend eventually. The firm, which is the largest pharmacy-benefits manager in the U.S., swallowed rival Medco last year, expanding its business and giving it more clout to negotiate cheaper drug prices. Earnings climbed an annualized 25.4% over the past three years, and the company generated free cash flow last year of $4 billion, or $5.27 per share.

For now, Express Scripts is using its cash to buy back shares and pay off debt. But the company could initiate a dividend within a few years, drawing modestly on its free cash flow, says Mohan Naidu, an analyst with investment firm Oppenheimer & Co. “It definitely has the ability to pay,” he says. The company’s chief rival, CVS Health (CVS, $112.47), pays a small dividend, he adds, which could spur Express Scripts to climb aboard the dividend train, too.