These picks should deliver yields of about 4% without any exposure to oil's volatility. 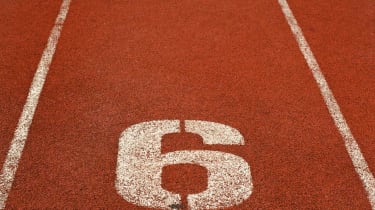 Energy-stock dividends are understandably depressed and we’ve now started to see some severe dividend cuts. Even before crude oil prices collapsed, many investors had begun to investigate other sources of cash from the equity side of their portfolios. If you’re ready for the hunt, join us on a systematic search for high-paying income-and-growth stocks that might even benefit from the oil bust.

One excellent place to start is Meritage Portfolio Management, in the Kansas City suburb of Overland Park, Kan. Meritage manages dividend-oriented stock accounts and, at the start of 2014, launched three no-load mutual funds. The most interesting is Meritage Yield-Focus Stock Fund (symbol MPYEX, $10.62, yield 2.5%, one-year total return to April 7, 4.4%). We need at least six more months before we’d be comfortable putting it in anyone’s list of must-have funds.

But the people at Meritage have a well-reasoned approach to filtering dividend stocks. If you’re looking for individual shares that pay 4% (or slightly more or less, depending on market swings), their list is rich with suggestions. Unlike other dividend-fund managers who emphasize long-term dividend growth, Meritage’s team goes for cash on the barrelhead.

Mark Eveans, Meritage’s president and chief investment officer, says he’s rarely comfortable investing in oil producers (though he moved from Illinois to the oil state of Kansas). He shies away because he thinks oil and gas prices are buffeted by political and financial manipulations he can neither understand nor predict.

Eveans likes to invest in master limited partnerships and corporations that pass through cash from storing and handling oil and gas, but he gradually pared those from Meritage’s funds and accounts throughout 2014 while adding more real estate investment trusts, which he judged to be relatively inexpensive. In the main, these were good calls.

However, Yield-Focus Stock’s full-year 2014 return of 6.5% was mediocre, hurt by the performance of business development companies and foreign stocks. Then again, Franklin Rising Dividend (FRDPX), the class of the dividend-stock-fund category, also struggled in 2014, returning 9.7%. And it imposes a maximum 5.75% sales charge.

Meritage’s research is designed to flag companies whose shares are much less volatile than Standard & Poor’s 500-stock index and for which dividends make up 50% to 75% of their long-term returns. Many are no surprises: AT&T (T, $32.69, 5.8%), Verizon (VZ, $48.72, 4.5%) and CenturyLink (CTL, $35.41, 6.1%) make everyone’s high-dividend list. So do electric utilities. The fund presently holds Entergy (ETR, $78.11, 4.3%), Public Service Enterprise Group (PEG, $41.84, 3.7%) and PPL (PPL, $33.94, 4.4%). We expect the entire regulated electric utility sector to extend its run of good returns and consistent dividend growth. And even as the solar revolution slowly spreads, the established utilities will remain an integral part of the power-distribution system.

The rest of Meritage’s portfolio may stoke your curiosity. It certainly gave us some ideas. Despite years of growing stock prices, there’s still a decent selection of industrial, service and technology companies whose shares yield 4% or thereabouts, and not because the stock price collapsed.

Tobacco companies are known for high dividend yields because, frankly, they have to spend so little on product development or marketing. Software companies can also pay richly because they need to spend so little on raw materials and transportation. Each of the following covers its dividends from current cash flow with no sweat and is removed from the travails of fracking and drilling.

Altria (MO, $51.70, 4.0%). The tobacco giant once called Philip Morris still has minor interests in beer and wine, but mostly it converts the immense profits from Marlboros into dividends.

GlaxoSmithKline (GSK, $47.26, 5.9%). The maker of everything from Tums to Ebola vaccines has lagged some fellow big pharmas in shareholder returns for the past few years. But the dividends are tremendous.

Lockheed Martin (LMT, $200.15, 3.0%). Defense contractors are secure sources of earnings and dividends, and Lockheed posted a 12.7% dividend hike this past September. So the yield will rise.

Quality Systems (QSII, $15.76, 4.4%). The company, a supplier of medical, hospital and dental office software, operates in a crowded field, but it’s growing and Quality pays the highest dividends in the industry.

Superior Industries International (SUP, $19.46, 3.7%). It's a maker of aluminum wheels for Ford, GM, Chrysler, Toyota and a few others. To its credit, although the car and truck business is strong, Superior just sold its two company airplanes. It can surely afford to keep up the dividends.

Zurich Insurance Group (ZURVY, $32.35, 6.0%). It's a worldwide insurance empire that often declares big special dividends on top of its high regular payments. Zurich always has gobs of money to pass around. If you’re unfamiliar with the name, in the U.S., well, they are Farmers. Bum, ba-dum, ba bum-bum-bum.

Jeff Kosnett is the editor of Kiplinger’s Investing for Income, a monthly newsletter devoted to uncovering strategies to boost the cash yield on your investments.