Why Commodities Are Bad Investments

How an academic study led to billions of dollars of losses in gold, oil, grains and more. 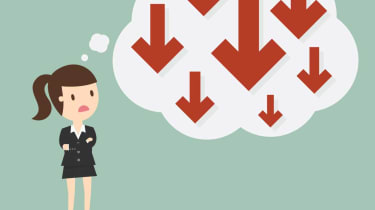 Imagine an investment that has roughly the same moneymaking potential as stocks—but that tends to rise when stocks are falling and to fall when stocks are rising, and is a bit less volatile than stocks.

In 2004, two Yale University professors published a groundbreaking paper that argued that commodity futures offered precisely that holy grail of investing. Commodities, wrote Gary Gorton and Geert Rouwenhorst, achieved roughly the same returns as stocks from July 1959 through December 2004. But commodity prices tended to move in the opposite direction of stocks, were less volatile and were particularly profitable during periods of high inflation.

The investment world went nuts. Big investors such as pension funds and hedge funds added generous helpings of commodity futures contracts to their more-prosaic investments in stocks and bonds. (Futures contracts are agreements to exchange a good or financial asset for cash at a fixed price on a preset future date.)

Scholarly investing books contended that every balanced portfolio—one that would normally have 60% of its assets in stocks and the rest in cash and bonds—should devote at least 10% to 20% of its assets to commodities. Mutual funds and exchange-traded funds that invested in commodities were launched.

A decade after “Facts and Fantasies” was published, Morningstar analyst John Gabriel took a close look at how commodities have done. The inescapable conclusion: They’ve been a disaster and are likely to continue to be a disaster.

Consider the returns. From July 1959 through December 2004, when the Yale profs published their paper, commodity futures returned an annualized 10.5%. But from January 2005 through October 26, 2015, the two indexes that are most popular with investors, Standard & Poor’s Goldman Sachs Commodity Index and Bloomberg Commodity Index, lost an annualized 6.5% and 4.7%, respectively.

True, prices of many commodities cratered twice during that period—once in 2008 and again this year. But those sell-offs don’t begin to explain the losses that investors incurred. As we’ll see in a minute, current prices of commodities often have little to do with what investors make on commodity futures.

Commodity futures offer a fascinating case study of what happens when any investment idea becomes too popular—no matter the quality of its academic underpinnings. And they show that sophisticated institutional investors are no less likely to stumble than individual investors. Finally, they provide an object lesson on the merits of keeping your investing simple.

Their paper used an equal-weighted basket of about 35 commodities. So lightly traded futures on oats and pork bellies, for instance, got the same weighting as crude oil, copper and gold. What’s more, futures contracts on many commodities didn’t start trading until the 1970s or later, so they couldn’t be included for the entire study. The crude-oil futures contract the professors tracked, for example, didn’t begin trading until 1983. The two major indexes allocate their weightings based on the amount of a commodity that is produced in dollar terms. Thus, oil futures are, by far, the biggest component of the indexes.

Indeed, an update of the paper that used the same equal-weighting methodology found an annualized gain of 4.0% from January 2005 through December 2014. Gabriel argues that many of the futures included in the paper could not have absorbed anything like the torrent of investor cash that flowed into commodities after the Yale study was published. That much money would have decimated returns, Gabriel says.

The second reason commodities failed, Gabriel says, is that too many investment dollars chased after the same prize. At the end of 2005, exchange-traded products that tracked commodities held about $5 billion. About five years later, the total was $125 billion. By 2013, the amount tracking commodity products globally totaled roughly $300 billion, according to Barclays. Commodity ETFs include PowerShares DB Commodity Index (symbol DBC) and iShares S&P GSCI Commodity-Indexed Trust (GSG), which track broad-based indexes.

If you’re a commodity producer or own a business that requires commodities, you have an incentive to lock in a price before you actually sell or acquire the commodity. That’s why commodity futures markets have been around for centuries.

The price of commodity futures is typically lower than the “spot price”—what you pay to buy a commodity at on given moment. That’s common sense. Almost anything you can take possession of today will be worth less if you can’t get your hands on it for months to come.

Back in the 1930s, John Maynard Keynes wrote that commodity producers that sold futures contracts, which obligated them to sell their output at a later date at a specified price, were, in a sense, buying insurance. Therefore, the investors who bought the contracts were supplying insurance—and were entitled to a premium.

But so many investment dollars flooded into commodities that prices for futures on many of the most heavily traded goods have often been much higher than the current prices of the commodities. To use Keynes’s terminology, too many investors were selling too much insurance to too few commodity producers. Consequently, sellers of commodity futures (such as farmers and miners) profited at the expense of the hordes of new investors selling “insurance.”

What are the sources of return in commodities? A study by the Vanguard Group found that from January 1983 through September 2008, the difference in the price of a commodity future and its current price accounted for an average of 3.3 percentage points per year of the S&P Goldman Sachs Commodity Index’s 7.1% annualized return. But in recent years, heavy investment in commodity futures has frequently turned that 3.3 percentage point average gain into a loss.

Turns out, Gabriel says, the biggest profits in commodity futures have historically come because the investor doesn’t immediately pay for the commodity. Instead, the investor’s cash is invested until settlement date in supersafe, short-term Treasury bills. The Vanguard study found that the collateral returned an annualized 6.4% per year. With yields on Treasury bills near zero in recent years, that part of the return has vanished—at least for now.

What about profits from increases over time in the prices of commodities for immediate delivery? There weren’t any. The Vanguard study, astoundingly, found that changes in the current prices of commodities actually subtracted an average of 2.6 percentage points per year from the 7.1% annualized total return.

My bottom line: Leave commodities to the speculators—at least until we reach a time when spot commodity prices are regularly higher than those of futures contracts that settle one month out and interest rates have risen enough that investors can make decent returns on the collateral.As for those Yale professors, they liked their findings so much that they helped launch investment products based largely on their research. One of them was an exchange-traded fund called United States Commodity Index (USCI). From the fund’s inception in August 2010, through October 26, it lost an annualized 3.2%. 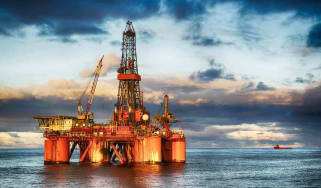 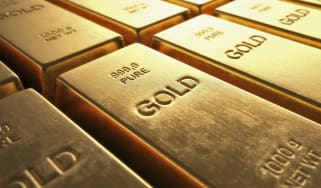 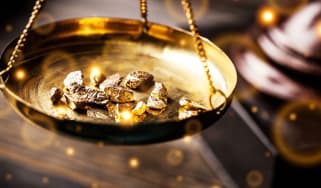