Long-Term-Care Coverage With an Asset-Protection Twist

A “partnership-eligible” policy may allow you to keep more of your assets if you eventually need to rely on Medicaid.

I’m interested in a “partnership-eligible” long-term-care policy that would let me protect more of my assets if I eventually need to rely on Medicaid to pay for care. How exactly do these policies work? And what happens to the policy if I move to another state?

Partnership-eligible long-term-care insurance programs, which most states now offer, allow you to keep some of your assets if you exhaust all of your benefits from an eligible long-term-care policy and have to rely on Medicaid. For example, if your policy provides total benefits of $200,000 (usually your daily benefit multiplied by your benefit period), you’ll be able to protect an extra $200,000 in assets above the state’s Medicaid limits after using up all of your policy’s benefits.

State laws on how to qualify for Medicaid differ, but you generally can’t have more than $2,000 in countable assets, including investments. A spouse who lives at home can generally keep about $115,000 while the other spouse is in a nursing home or other care facility. You can generally keep your home, car and a few other items. You can also keep assets in certain kinds of trusts. With a long-term-care partnership policy that provides $200,000 in coverage, you’d be able to keep about $202,000 in countable assets -- or the spouse at home could keep about $315,000 -- after you exhaust your benefits and need to sign up for Medicaid.

Medicaid eligibility rules vary by state, so there can be different rules for the partnership programs if you move to a new state. Most states have reciprocity with other states’ long-term-care partnership programs. That means if you move, you’ll generally be able to protect the same amount of assets based on your policy’s total benefits, but the Medicaid eligibility rules of your new state (not the state where you originally bought the policy) will apply. But a few states (such as California) do not have reciprocity, says Jesse Slome, of the American Association for Long-Term Care Insurance.

A new type of long-term-care policy, called guaranteed purchase option coverage, does not qualify for partnership programs in most states because it doesn’t increase benefits automatically with inflation. It tends to cost a lot less than other policies when you first get coverage, but you have to pay extra if you want to boost your coverage levels every few years. For more information about new types of inflation adjustments, see How to Make Long-Term Care More Affordable.

If a policy doesn’t qualify for the partnership program because it has a smaller inflation protection, but it meets your needs and costs a lot less than a partnership-eligible policy that, say, provides 5% compound inflation, don’t automatically reject the lower-cost policy. If you never need Medicaid, you’ll never benefit from the partnership policy anyway. There are generally two criteria to qualify for Medicaid: the asset test and the income test, says Steve Sperka, vice-president of long-term care for Northwestern Mutual. “If people have some source of retirement income, say, from a pension, they may run out of assets but may never qualify for Medicaid based on income.” You can find out more about your state’s Medicaid eligibility requirements at www.medicaid.gov.

What to Know Before Purchasing a Long-Term Care Rider 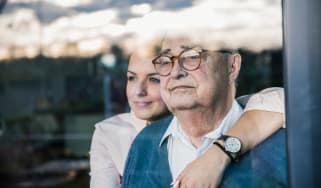 What to Know Before Purchasing a Long-Term Care Rider

Do you know the difference between a long-term care rider and chronic illness rider? Section 7702B and Section 101(g)? If you're contemplating a life …
Deduct Expenses for Long-Term Care on Your Tax Return 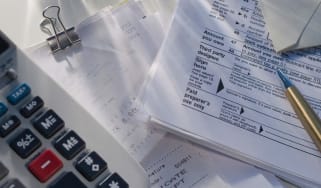 Deduct Expenses for Long-Term Care on Your Tax Return

The IRS allows some limited tax breaks on medical expenses and insurance premiums related to long-term care.
Skip to ContentSkip to Footer