A Nursing Home That You Can Call Home

Residents at a growing number of facilities enjoy a cozy atmosphere and personal attention.

EDITOR'S NOTE: This article was originally published in the May 2008 issue of Kiplinger's Retirement Report. To subscribe, click here.Think about the typical nursing home: a big institutional building with scores of residents in tiny rooms stretched out along drab corridors. Aides cluster around a nurse's station, while TVs blare in depressing day rooms. Breakfast is at 7 a.m. every day, bingo at the stroke of 2 p.m. every Wednesday.

Now imagine a nursing home not much bigger than a large suburban house. Private rooms for the home's ten residents cluster around a cozy common area. Comfortable chairs and sofas surround a fireplace. A family-style dining table overlooks an open kitchen. Two aides care for the residents, who get up when they want and eat breakfast when they choose.

Glorine Reinhard, 94, lives in such a nursing home at the Village of Redford, in suburban Detroit. Her large private room is filled with her own furniture, family photos and artwork, and she has her own bathroom. On a crisp winter afternoon, some residents sit in the common areas. Two play a board game at the dining-room table, while another listens to music in front of the hearth. "I love it," says Reinhard, who needs a wheelchair to get around.

The nursing home where Reinhard lives is known as a Green House, and it could be a model for the long-term-care institution of the future. There are 34 Green Houses scattered on 13 campuses around the U.S., from Tupelo, Miss., to Billings, Mont.

There are two Green Houses on the 33-acre Redford campus, which also includes a more traditional nursing home, an assisted-living facility and independent-living apartments. Redford is owned by the Presbyterian Villages of Michigan, one of the largest operators of senior housing in the state. The cost for a private-pay resident at the Green Houses: $244 a day, about $10 more than for the traditional nursing home. Not surprising, there is a waiting list for the Redford Green Houses.

The Green House Project was founded by geriatrician Dr. William Thomas, founder and president of the Eden Alternative (www.edenalt.org), a nonprofit aimed at creating a more homelike atmosphere in long-term-care facilities. Green Houses are part of a movement called “culture change” or “patient-centered care” that is beginning to transform the way nursing homes look, feel and deliver care.

Like the Green Houses at Redford, the movement favors smaller, homier facilities where residents and staff interact informally, almost as a family would. Rather than follow an inflexible daily routine, aides give residents more control over their lives by trying to respond to their wishes and needs.

At Redford, for instance, Reinhard decides when she will wake up and helps choose the dinner menu. In traditional nursing homes, residents are often awakened at the same time and fed meals planned a week in advance by management. “The real focus is self-determination,” says Bonnie Kantor, executive director of the Pioneer Network (www.pioneernetwork.net), an advocacy group that promotes reforms.

Proponents say they are responding to consumer demands. Many frail, elderly people and their families are desperate to avoid traditional nursing homes. A survey by the Johns Hopkins Bloomberg School of Public Health reported that 98% of those over 65 would prefer to live anywhere but a nursing facility, even if they needed a fairly high level of care.

To that end, the Green Houses seek to make nursing homes less forbidding. The biggest transformation may be with the nurse's aides, who are the frontline caregivers in any nursing home. In a typical facility, they bathe and dress the residents, help them get to the bathroom, and change and feed them. But there's a formal hierarchy in a typical institutional facility: Directors of nursing give orders, aides provide personal assistance, housekeepers clean, cooks prepare the meals, and the laundry staff washes clothes.

A Green House upends this staffing model. The aides do it all, much as they would if they were working in a patient's home. Called a shabazz (a word Thomas says means "royal falcon" in Persian), an aide provides personal care and does all the cooking and cleaning. The residents and aides decide on meals together. And the food is often tastier because it is cooked in a small kitchen, rather than in a central facility. The residents eat dinner together at the large table -- as a family would.

The arrangement allows aides and residents to establish closer bonds than they would in a traditional nursing home, where an aide may have to care for twice as many patients on a shift. "The shabazz functions almost like a family member," says Lisa Maxwell, the administrator at Redford.

These changes are not just happening in new buildings constructed as part of the Green House Project. Many older nursing homes are trying to transform into culture-change facilities as well.

Providence Mount St. Vincent, a 400-resident senior community in West Seattle, Wash., is one of these cutting-edge homes. It has remade itself in a five-story building that dates back to 1924. Known as the Mount, it houses an assisted-living facility, a rehabilitation center, an adult-daycare program and a 195-bed nursing home. Operated by the Catholic order Sisters of Providence, the Mount spent $9 million to break its nursing home into nine "neighborhoods," each with about 20 residents.

The Mount also opened a child-daycare center, which gave the facility's residents the opportunity to spend time with children. Such an activity helps patients maintain some sense of a normal life.

Instead of a large day room or nurse's station serving as a unit's hub, the Mount made a small kitchen the center of each cluster of bedrooms. Aides, called resident assistants, work in teams that are assigned to specific neighborhoods. That helps staff and residents develop closer personal relationships.

A major change is that aides are given authority to make adjustments in care, rather than having to wait for senior managers to order changes. For instance, says Kantor, in a traditional nursing home, aides may not be allowed to give a diabetic patient a piece of chocolate cake. In one of the new nursing homes, an aide can find a way to give her a small piece, perhaps by modifying the rest of her day's diet or monitoring her blood sugar afterward. "We don't lower standards of care," Kantor says. "We figure out a way, and everyone is happier and more content."

Kantor believes that the patient-centered concept can even work with residents who suffer from Alzheimer's or similar diseases. When a person with dementia pushes food away, she says, "that's not just a random response. It may not be how you or I would say, 'I'm finished, thank you.' But if you listen and watch, you understand these cues."

Because these changes are so new, some are still experimental, and some are controversial. For instance, Green Houses don't provide a lot of formal activities, such as that Wednesday bingo game. Instead, a resident's day is built around what she might have done at home. She might help fold sheets, garden or listen to a CD. But at Redford, Glorine Reinhard would like more structured activities, such as outside musicians coming to perform. "There is nobody to play music," she says.

Overall, however, residents seem happier and more comfortable at these facilities. According to one early study, Green House residents in Mississippi reported a higher quality of life than patients living in nearby traditional nursing homes. There was not much difference in the standard measures of nursing-home quality, such as the number of bedsores or falls.

It's too soon to tell whether these homes can support themselves financially. The Green Houses at Redford, which have been operating since August 2006, are losing money even though they charge more than the traditional home on the same campus.

Building a Green House is expensive: It cost Redford more than $3 million to construct its two. In addition, aides are paid more than at traditional facilities, although Green Houses rely on fewer managers and other staffers. A key issue, as it is for all nursing homes: How many lower-paying Medicaid residents can they accept and still make their finances work?

For now, most of the culture-change nursing homes are nonprofits. However, a few for-profit companies are embracing the idea, including Lakewood, Colo.–based Pinon Management, which operates 11 Denver-area nursing homes -- all aimed at patient-centered care. 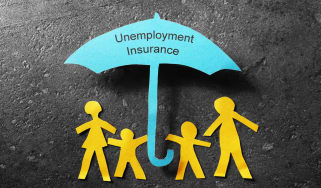