If you're planning to enroll in a marketplace Obamacare plan for 2018, be ready for a shorter sign-up period, higher premiums and other changes. 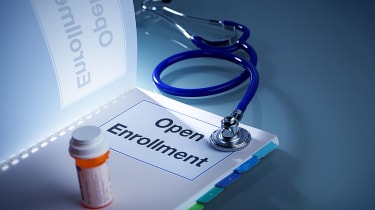 Neither repealed nor replaced, the Affordable Care Act is still the law of the land. And for people seeking coverage in ACA marketplaces, now is the time to sign up.

This year's open-enrollment period on Healthcare.gov runs from November 1 through December 15, with coverage kicking in on January 1, 2018. Although the law itself remains the same, this "is going to be a very different year" for people enrolling in marketplace plans, says Timothy Jost, emeritus professor at Washington and Lee University School of Law.

Among the changes: The sign-up period is shorter than in years past, federal advertising and other efforts to educate consumers have been curtailed, and uncertainty over how the Trump administration will handle certain elements of the law have prompted insurers to increase their premiums for 2018.

That means consumers hoping to find coverage in the federal or state marketplaces—including many early retirees not yet eligible for Medicare—should start shopping now, so they have plenty of time to review plan options and find assistance if needed.

Although a few states that run their own exchanges have longer open-enrollment periods, this year's federal marketplace sign-up period is only half as long as last year's. And it ends before the start of the new coverage year. So whereas last year's January 31 deadline meant consumers were able to make changes if they discovered in January that they were enrolled in a plan they didn't want, this year "they're going to be locked down as of December 15," Jost says. As in years past, consumers who don't select a plan during the sign-up period may be automatically reenrolled in their current plan—or a different plan, if their current plan is no longer available.

Go to Healthcare.gov to find a link to your state's marketplace and review plans available in your area. Marketplace plans are labeled bronze, silver, gold or platinum, with platinum plans being the most generous and generally charging the highest premiums. Compare premiums, deductibles and co-pays, as well as provider networks and drug formularies, to find the most affordable plans that will cover your doctors and drugs.

The average premium for a benchmark silver plan—the second-lowest-cost silver plan available in each area—will be about 15% higher than in 2017, according to a Congressional Budget Office estimate. But most enrollees will be insulated from premium hikes because they receive tax credits tied to the cost of benchmark plans that lower their monthly premiums.

It's important to update your marketplace application to ensure you're getting the right subsidies. The size of any tax credit you may receive depends on your estimated 2018 income and household size as well as on the cost of the second-lowest-cost silver plan available to you. You get the most out of the tax credit if you pick the benchmark silver plan or a cheaper plan. So if you picked the benchmark silver plan for 2017, make sure it's still the benchmark plan for 2018. (If it's not, and you do nothing, your premiums could jump.) If you enroll in a silver plan and your income is below 250% of the federal poverty level—$16,240 for a two-person household in 2017—you may also qualify for extra savings on out-of-pocket costs.

Nearly half of counties in the U.S. are expected to have only one insurer offering plans in 2018. But that doesn't mean you won't have options. All insurers must offer at least one silver and one gold plan.

Many "navigators"—individuals and organizations that help consumers enroll in marketplace plans—are facing sharp budget cuts. "It may be harder to get an appointment" if you need assistance, says Karen Pollitz, senior fellow at the Kaiser Family Foundation. Click "find local help" at Healthcare.gov to find community health centers or other nonprofits that offer free help with marketplace applications, plan selection and enrollment.