You May Pay More for Your Prescription Drugs

If your health insurance plan dropped your drugs from their formulary, you still have options. 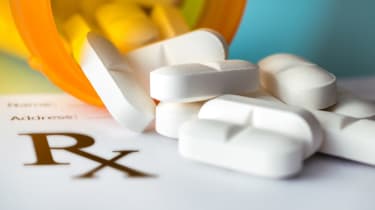 If your insurance plan covers prescription drugs, you may be in for sticker shock the next time you go to the pharmacy. Express Scripts and CVS Caremark, two large pharmacy benefit managers that provide drug coverage for many health plans, dropped about 90 drugs from their preferred formularies (the list of drugs they cover) in 2019.

These changes can affect people who have coverage through their employer, as well as people who buy an individual policy. Specifics vary, but many insurers adopt the pharmacy benefit managers’ preferred formularies for their own coverage. (The drug lists can be different for Medicare Part D. The Trump administration has proposed new rules for Medicare plans that would require PBMs that receive rebates from drug companies to pass on the savings to consumers.)

If several drugs are deemed effective at treating a specific disease, the pharmacy benefit manager typically negotiates with drug manufacturers and chooses the option that costs it the least. That could cause a drug you’re using to be dropped from its formulary. If your drug is dropped, ask your doctor if you can switch to an alternative. For example, Pradaxa, a blood thinner that was dropped from Express Scripts’ formulary, costs about $500 for a 30-day supply without insurance. But you may be able to switch to warfarin, a generic version of a different blood thinner, which may be covered by your insurance with a small co-pay.

Some drugs may be difficult to substitute if you’re in the middle of treatment, says Dan Johnson, of ScriptSave WellRX, which provides price comparisons and a discount card. In that case, your best option may be to work with your doctor to file an appeal with the plan.

Ideally, living at home should provide a way to improve your financial well-being and lay the groundwork for future success.
What the New President Means for Your Money