As you navigate new low-cost choices, weigh the risks. 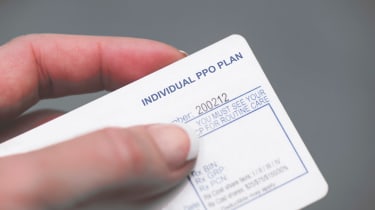 If you purchase health insurance on your own, you may get some relief in 2019. Premiums for individual health insurance have risen more slowly than in the past, and more insurers have reentered the market. Even so, if you earn too much to qualify for a government subsidy, the cost of buying your own insurance can still be prohibitive.

But starting in 2019, you will no longer be charged a penalty for not having “minimum essential” health insurance, and recent changes to federal regulations let insurers offer more policies that aren’t subject to the Affordable Care Act (ACA) requirements. That has allowed insurers to offer new plans that are less expensive but also carry additional risks.

A rule change that took effect in October extended the maximum policy term for “short-term” health insurance policies from three months to 364 days. These policies typically cost about 30% less than unsubsidized ACA policies, but insurers can reject applicants because of preexisting con­ditions and set annual or lifetime coverage caps. The policies also aren’t required to provide benefits mandated by the ACA, such as coverage for maternity and prescription drugs. Coverage can be renewable for up to three years, but at the insurer’s discretion. The policies aren’t eligible for government subsidies.

Several insurers plan to introduce these longer-duration short-term policies in early 2019. Pivot Health recently introduced a short-term policy specifically for people ages 62 to 64 who need coverage until they’re eligible for Medicare. Coverage is capped at $1 million per term and can be renewed for up to three years.

Coverage caps for short-term policies will vary widely, with some limits as low as $100,000 over your lifetime or policy term or as high as $1 million or $2 million, says Sean Malia, of eHealthInsurance.com, which sells both short-term and ACA policies. (ACA policies do not have coverage caps.)

Direct primary care. Subscription services that allow you to pay out-of-pocket for primary care, rather than using insurance, are also becoming more popular now that the penalty has been eliminated. These programs charge a monthly fee that covers office visits and basic care. Atlas MD Concierge Family Practice, in Wichita, Kan., for example, charges $75 per month for subscribers who are ages 45 to 64, $50 per month for those ages 20 to 44, and $10 per month for children 19 and younger. There are no additional charges for services the doctors can perform in the clinic, says Doug Nunamaker, chief medical officer for Atlas MD. For major medical expenses, members generally buy a high-deductible insurance policy.

Concern that healthy people would switch to non-ACA policies or drop coverage altogether caused insurers selling ACA policies to raise premiums an extra 5% in 2019 on average. Premiums could rise even more in 2020 if more healthy people opt for non-ACA options. With the House and Senate controlled by different parties, you’re unlikely to see major changes to federal health care laws in 2019.

But a few states are setting their own standards, such as limiting the length of short-term policies. There may be more action in the states after new governors take office in January, says Sara Collins, vice president of health care coverage at the Commonwealth Fund.

With the economy in trouble, tax policy takes on added importance in the 2020 presidential election. So, let's take a look at what Joe Biden has said …
11 Home Features Today's Buyers Want Most

Medicare Part A and Part B leave some pretty significant gaps in your health-care coverage. Here's a closer look at what isn't covered by Medicare.
11 Costly Medicare Mistakes You Should Avoid Making

If you don't make the right choices to fill in the health coverage gaps, you could end up with high Medicare premiums and big out-of-pocket costs.
Your Guide to Open Enrollment

Your Guide to Open Enrollment

Your options may look a little different this fall. Meanwhile, the cost of coverage continues to climb.