Why You're Paying More for Car Insurance Now 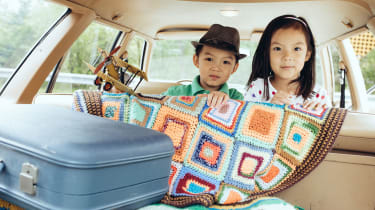 Car insurance rates have been rising, even for people with spotless driving records, and they’re likely to continue to go up in 2018.

From 2012 to 2017, the consumer price index for auto insurance rose by 21.5%—the largest five-year increase in auto insurance costs since the early 1990s, says Ting Pen, of ValuePenguin.com, which analyzes financial data. During the same period, the overall CPI increased by 6.6%.

Premiums continue to rise because insurers are paying out more money in claims. Collision claims rose by 11% and comprehensive claims increased by 25% for the two years ending June 30, 2017—and that was before more than 250,000 insured cars were damaged by Hurricane Harvey flooding.

The biggest reason for the increase is the rising cost of repairing new safety features, such as sensors, cameras and computers. For example, it costs $2,818 to replace the bumper on a 2016 entry-level luxury car with a distance sensor, compared with $1,225 to replace the bumper on a 2014 model. Even replacing a windshield can be more expensive if a camera behind it needs to be recalibrated. “Rates follow costs, and costs have been rising,” says James Lynch, chief actuary for the Insurance Information Institute.

Distracted drivers have contributed to the rise in claims; a robust economy, which has led to an increase in drivers on the road, is a factor, too. Collision claims are also starting to rise in states that have legalized marijuana, Lynch says.

To lessen the pain of a rate hike, ask your insurer if you’re eligible for discounts you aren’t receiving. If you have low annual mileage and safe driving habits, you can save as much as 50% by participating in a data-tracking program, such as State Farm’s Drive Safe & Save, Progressive’s Snapshot, and Allstate’s Drivewise.

Shop around if you’ve had a life change, such as getting married or starting a new job. Tell your insurer before you switch—it may match the rate to keep you as a customer. Also, find out about insurance costs before buying a car. State Farm grades vehicles based on insurance rates. Go to www.statefarm.com and search for “vehicle insurance ratings.”

See Also: How to Get a Good Deal on Car Insurance