Credit Cards: From Stripe to Chip

Look for cards that are paired with a PIN for an extra layer of security. 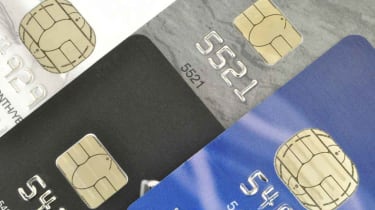 Major data breaches keep piling up. So some banks are issuing cards equipped with microchips in advance of the industrywide October 2015 deadline to shift from magnetic-stripe to chip cards. Chip cards use EMV technology, which means that each transaction is encrypted and unique when used in conjunction with a terminal set up to accept EMV payments. Magnetic-stripe cards transfer static data, which is easier for criminals to hack.

By and large, U.S. customers with chip cards now seal the deal with a signature. But to take full advantage of the security that chip cards offer, they should be paired with a PIN. PIN transactions are safer because they require that a thief intercept your PIN.

The introduction of U.S. microchip cards has been touted as a boon to international travelers, who may run into problems when they try to use magnetic-stripe cards in countries that have already switched to EMV. But if you have a chip-and-signature card, you may not be able to complete a transaction at an overseas payment terminal that requires a PIN, especially an unattended ticket kiosk or tollbooth. Even if you use a debit card that comes with a PIN, it may not be compatible.

One reason U.S. card issuers say they are offering chip-and-signature cards is to ease the transition to EMV, says Matt Schulz, senior industry analyst for CreditCards.com. And most are issuing cards with a magnetic stripe and a chip to be compatible with either type of card reader. Schulz suggests asking your card issuer whether it offers a chip-and-PIN version of your card. Among the cards that come with a PIN now is the Barclaycard Arrival Plus World Elite MasterCard -- our pick for the best travel credit card.

Your credit score is a key indicator of your financial well-being and of the risk you pose to lenders. How good is yours?
52 Super Deals and Discounts for 2020