Students defer attendance to take time out for public service. 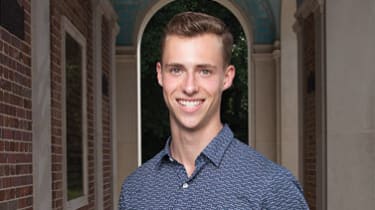 After carefully building high school transcripts and diligently applying to college, a growing number of students are putting their plans on hold to pursue other interests. And an expanding contingent of schools will even help students pay for a year off for public service, with the aim of having participants come to campus more mature and engaged in their studies.

See Our Starting Out Column: How to Make Money While Traveling Abroad

Princeton University and the University of North Carolina at Chapel Hill are among the schools sponsoring gap-year programs for accepted freshmen. Tufts University’s program will begin in 2015.

Brady Gilliam spent nine months teaching English and working in medical clinics in five countries before arriving on UNC’s campus as a freshman this year. Gilliam, from Charlotte, N.C., received $7,500 from the school and paid for the rest of his trip with savings from previous summer jobs. “My experience was its own education,” says Gilliam.

For now, school-funded programs are small and acceptance is competitive—for example, only about 10% of applicants are accepted into UNC’s program. But interest in gap-year programs is growing at schools nationwide, says Ethan Knight, of the American Gap Association. Students who make it into a school-financed program might pay one-fourth or less of the cost of a typical three-month gap program through a private organization.

If you have a college-bound student at home, don't procrastinate on securing financial aid for the 2021-22 school year.
10 Worst Things to Keep in Your Wallet