FAQs on Our Public College Rankings

Here are answers to your questions about how we pick the schools on our list. 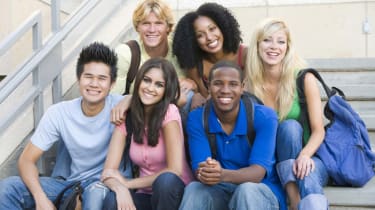 As with any ranking, our list excludes schools that do not meet our criteria. We start with data on nearly 600 public institutions and sort the schools based on quality measures -- such as the admission rate, the test scores of incoming freshmen, and four- and six-year graduation rates. We then add cost data -- including tuition, fees, room and board, and financial aid for in-state and out-of-state students -- and re-rank the institutions. It is this combination of academic quality and affordability -- not any desire on our part to exclude a particular school -- that determines which schools make our list for best value.

Why don't any schools from my state appear on the list?

We rank the schools according to specific criteria for quality and affordability. In some states, no school meets those criteria.

I don't see the University of Richmond, which is a great school that gives generous financial aid, on the list. How come?

The University of Richmond is a private school, and it is ranked number 26 in our list of the best values in liberal arts colleges.

Why aren't any of the City University of New York schools on the list? That is a great system at a great price.

Because the cost of room and board is among the criteria we use to gauge affordability, we have not included the CUNY system, which has traditionally offered only limited housing.

Do the costs listed in the tables reflect one academic year or all four years of undergraduate education?

Our rankings focus on traditional four-year schools with broad-based curriculums. Schools that offer great value but focus on specific or narrow academic programs, such as the military academies, are excluded. Another exception is Cornell University, best known as a member of the Ivy League. Four of Cornell's colleges are part of the privately endowed university, which we consider a private institution. But three of Cornell’s undergraduate colleges are land-grant state schools.

Unlike other college rankings, ours are based entirely on measurable criteria, such as student-faculty ratios, admission rates, on-time graduation rate, sticker price and financial aid. Neither our opinion nor anyone else's affects the calculation.

Colleges and universities face steep budget cuts, enrollment challenges and new types of competition as a result of COVID-19. We cover the changes you…
How to Fund a Memorial Scholarship to Honor a Veteran

How to Fund a Memorial Scholarship to Honor a Veteran

With the help of a college or community foundation, you can establish a scholarship in the name of a loved one to help students in perpetuity.
How to Endow a Scholarship to Honor a Veteran

How to Endow a Scholarship to Honor a Veteran

You may be able to set up a scholarship fund through a college or community foundation, or support educational programs through a charity that special…
Gifts for Grads to Build Good Money Habits

Today’s graduates aren’t destined to share the same fate as past generations, so it’s important for them to ramp up their money skills.
Skip to ContentSkip to Footer