What to Do If You Own a VW Diesel

Repairs to ensure that VWs with "defeat device" software meet emission standards could be a year or two away.

And so, poof, all the praise Kiplinger and other reviewers have heaped on VW for its diesel technology over the years blew away in a whirlwind of scandal.

The German automaker still has a lot of ’splainin to do about the revelations that it surreptitiously installed “defeat device” software designed to cheat on emissions tests in vehicles with its 2.0-liter turbodiesel engines. More than 480,000 such vehicles were sold in the U.S. -- and as many as 11 million worldwide -- during the past five years. (In addition to the vehicles that received Kiplinger awards, Beetle and Audi A3 diesels are guilty of the deceit.) Heads have already rolled at VW and sister brand Audi, the stock price has been pummeled since news of the cheating broke, and Horn apologized profusely in front of an incredulous congressional committee earlier this month.

VW has evidently been giving back its media awards for its implicated “clean-diesel” cars, one by one, as part of its mea-culpa campaign to put this scandal behind it. At Kiplinger, my colleagues and I were as duped by VW’s diesel cars as the Environmental Protection Agency and other regulators were. As the letter from Horn attests, we bought into the illusion that VW’s slick proprietary technology could produce a small diesel engine capable of 40-plus miles per gallon on the highway that still meets the EPA’s strict standards for nitrogen oxide levels. (If you took a federal tax credit for a 2009 or 2010 clean-diesel vehicle, at least you won’t have to return it. But VW could be on the hook for the millions of dollars in tax subsidies that went to owners under false pretenses.)

VW may be giving back its awards, but it’s not taking back its cars. Horn told the congressional panel that Volkswagen might consider a buyback—but don’t hold your breath. “Our plan is to fix the cars,” he says.

VW’s problems have given all diesel vehicles a black eye. BMW, Mercedes-Benz, Jeep and even Chevrolet (the Cruze) also sell diesel cars in the U.S., but they use different technologies to reduce pollutants, and there’s no indication that their emissions test results aren’t on the up and up.

Diesel, even the new-generation clean diesels that met (or claimed to meet) the strict standards that the EPA imposed in 2007, never caught on in a serious way here in the U.S. Still, it’s easy to fall in love with the torque and efficiency of a diesel vehicle. To some drivers, the eerie quiet of an electric vehicle accompanied by the shift-less acceleration of its transmission just won’t do. Volkswagen owners believed in das diesel, and many are shaken by the deception.

To add insult to injury, the brouhaha has also trimmed the resale value of the affected cars—by an average of 13%, or about $1,700 per vehicle since mid September, reports Kelley Blue Book. Selling now is not your best move. Here are some other options:

Get the emissions fix. VW will issue a recall to repair the cars and ensure that levels of nitrogen oxide—the byproduct of diesels that contributes to smog—meet the EPA’s limits in real-world driving as well as on the lab treadmill. Details of the fix have yet to be announced, although Horn says it will include a hardware and software change that may take as much as 10 hours of work per car. You may have to wait a year or two before you can get that work done, Horn adds.

Ignore the recall. We’re not really recommending this option, but work done to bring existing vehicles up to snuff will most likely reduce engine power and lower fuel economy, so the most attractive attributes of your diesel will be diminished. If your state requires emissions testing (as 32 states and the District of Columbia do), your state may eventually require proof that you heeded the recall. Note that this won’t be a safety recall: If you don’t get the fix, your car doesn’t pose an immediate safety hazard to you or your passengers, but it will continue to spew up to 40 times the allowed nitrogen oxide levels from its tailpipe.

Trade in your diesel VW for a gasoline VW. The company is offering a $2,000 “owner loyalty bonus” to buyers who trade in an old VW for a new one. Because 2016-model Volkswagen diesels won’t be sold in the U.S. anytime soon, if you want a new 2015 or 2016 model, it will be gas-powered.

Join a class-action lawsuit. Hundreds of class-action lawsuits, such as the one being handled by Seattle firm Hagens Berman, have been filed in courts around the U.S. since the bad news broke. The lawsuits are expected to seek billions of dollars in damages to compensate owners for the diminished value of the vehicles. It’s likely the lawsuits will be consolidated into one case before one federal judge, and a settlement could be years away.

My colleague Jim Patterson has reported on other aspects of the VW scandal and implications for the company in The Kiplinger Letter Energy Alerts. Volkswagen has created a Web site to provide updates to TDI owners. 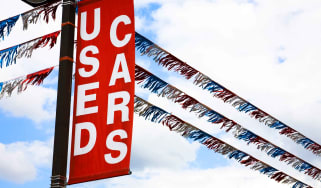