My Story: Foraging for Fun(gus) and Profit

Picking wild foods for restaurants and markets has become big business. But, as veteran mushroom hunter Connie Green of Napa, California, tells us, it’s not as easy as it looks. 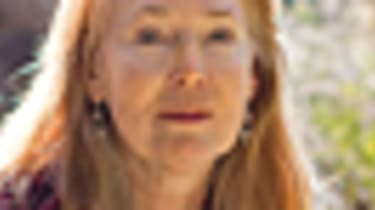 How long have you been doing this? I’ve been hunting various wild foods all my life, and I’ve been selling mushrooms since 1981. I sell mainly to restaurants in California.

What’s your business like? I have a network of people who hunt mushrooms and sell them to me. Anybody can open a station to buy mushrooms and other foods, and get them cheap. But I’m always the one who gets the goods when things become scarce because I always make sure to pay well.

Why are so many people foraging? I think this is a very romantic business, like being a winemaker. I’m here in wine country in the hills, and I can look down on Napa Valley and see many wineries started by wealthy people who were tired of whatever life they were leading and turned to a more romantic life.

How has the business grown? I was doing this when nobody knew what a chanterelle was, and now it’s a sexy story in a lot of publications. So the word is out, and many people think there’s gold in them thar hills. But we pickers laugh at this. Going out and gathering $700 worth of mushrooms in a day? That happens, but not very often.

What are the biggest challenges? Many businesses are governed by the economy, but wild foods are also governed by nature. Farmers have irrigation, insurance and different types of frost protection. With wild foods, you have no such protection. And you must take good care of the habitat. That makes foraging from the same place possible.

Where is the biggest profit? The matsutake mushroom can go for as much as $600 a pound. It’s very popular in Japan, but its habitat there barely exists now. When the price is high, some towns in Oregon nearly empty out in search of the mushrooms.

Do you think the popularity of foraging is a fad? At one time, Americans were quite good at gathering wild foods, and we thought of them as just another food source. We lost that tradition for many years, while it’s been growing in Asia, Africa and Europe. We’re very much late to the dance, but once we start dancing, I can’t see us slowing down.