Checks will go to people who had all or part of their stimulus check diverted to pay their spouse's past-due child support.

The IRS will send stimulus check payments to about 50,000 people whose portion of their payment was diverted to pay their spouse's past-due child support. The payments will be issued in early- to mid-September.

The "catch up" payments will be mailed to any eligible spouse who submitted Form 8379 with their 2019 federal income tax return or, in some cases, with their 2018 return. Form 8379 is used by a spouse to get back their share of the joint refund when the refund is applied to a past-due obligation of the other spouse. Spouses who filed the form don't need to take any action to get their stimulus check money – the IRS will automatically send the portion of the payment that was applied to the other spouse's child-support debt.

What about spouses who didn't file a Form 8379 and also didn't receive their stimulus check money because it was used to pay their spouse's child support debt? According to the IRS, they also don't need to take any action, including filing a Form 8379. The IRS doesn't have a timeframe yet, but it says automatic payments for improperly diverted stimulus check funds will be sent later.

Allowed Use of Stimulus Check Money to Pay Child Support

Stimulus check money is generally not subject to reduction or offset to pay back taxes or other debts owed to the federal or a state government. However, if you owe child support, the IRS can use the money to pay arrears. But that does not mean the IRS can reduce a stimulus payment owed to the spouse of a person who owes child support. That's why the IRS is making the payments described above.

What About Future Stimulus Payments?

If Congress approves another round of stimulus check payments, the IRS may or may not be able to use the funds to pay child support arrears. It depends on which of the two main second-round payment plans currently being considered by lawmakers prevails. 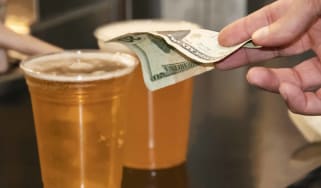