It appears as if Republican Senators and White House negotiators are leaning toward a second round of stimulus checks that would mirror the first round of payments.

It may be déjà vu all over again when it comes to a second round of stimulus checks. Senate Republicans and Trump administration officials are trying to hammer out a new economic stimulus bill to boost the U.S. economy and help Americans facing financial hardship because of the coronavirus pandemic. Another round of stimulus checks is expected to be a key component of the bill. But how much money each family will get under the Republican plan, and which families will even get a check, are still open questions.

Treasury Secretary Steve Mnuchin provided a hint, though. He said that the Republican proposal on stimulus checks is "the exact same provision as last time." That presumably would mean your second stimulus check would be equal to the first payment you received under the CARES Act earlier this year. (Use our Stimulus Check Calculator to determine the amount.) That would also mean that people who didn't receive a first-round stimulus check would not receive a check under the next stimulus bill, either.

If the second round of stimulus checks ultimately is the same as the first round, payments will start at $1,200 per eligible person ($2,400 for married couples filing a joint return). An additional $500 will be added for each child 16 years old or younger. So, for example, a married couple with two children would get up to $3,400.

Once again, though, payments would be phased-out for people with higher incomes if the CARES Act stimulus check plan is replicated. Payments would be gradually reduced to zero for single people, married people filing a separate tax return, and qualifying widow(er)s with an adjusted gross income (AGI) above $75,000. For married couples who file a joint tax return, stimulus checks would be reduced if their AGI exceeds $150,000. People who claim the head-of-household filing status on their tax return would start seeing a reduction if their AGI exceeds $112,500.

Reports out of Washington also indicate that the Republican stimulus package will not include a payroll tax cut. President Trump earlier indicated that he might not sign a stimulus bill that does not include such a tax break. However, the idea never generated much support on Capitol Hill – from Democrats or Republicans. Whether a payroll tax ultimately makes its way into a final bill remains to be seen, but at this point it seems very unlikely.

Once the Republicans release their bill, negotiations with Democratic lawmakers will begin. The Democrat-controlled House of Representatives passed their own stimulus bill – the HEROES Act – in May. So, lawmakers on both sides of the aisle will have to agree on a single bill that will likely include bits and pieces from both the Republican plan and the HEROES Act.

The HEROES Act also offers the extra $1,200 payment for each dependent. Under the CARES Act, the extra $500 was only available if you had a child age 16 or younger. So, with the HEROES Act, the extra amount would be available for families with older children still living at home or away at college, or for families with elderly parents living with them. (For more information on stimulus checks under the HEROES Act, see How a Second Stimulus Check Could Differ from Your First One.) 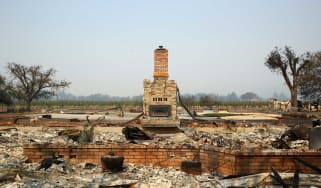 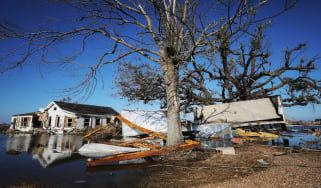