4 High-Yield Dividend Stocks Worth the Risk

Conventional wisdom holds that the higher a stock’s dividend yield, the riskier the investment. 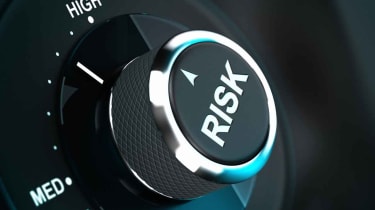 Conventional wisdom holds that the higher a stock’s dividend yield, the riskier the investment. In fact, a fat yield is sometimes a sign of big problems. Because a stock’s yield is calculated by dividing the annual dividend by the share price, the yield goes up when the stock falls (assuming that the payout remains constant or rises). So an ultra-high yield is often investors’ way of saying that they don’t think the dividend rate is sustainable.

But with interest rates scraping bottom, high-yielding stocks can be welcome additions for income-starved investors. So we went on a mission to find good stocks with high yields and reliable dividends. We searched for companies with the financial strength to maintain their payouts, as well as fair prospects for boosting sales and profits (maybe not right away, but within a few years). Our four picks aren’t steady-Eddie blue chips, so tread carefully.

Two of the firms we highlight, HSBC Holdings and Las Vegas Sands, pay “qualified” dividends, meaning those payouts get preferential tax treatment—a federal tax rate of 15% for most people. The other companies we highlight pay dividends that are not qualified, so payouts are treated as ordinary income.

All prices and returns are through August 16. Price-earnings ratios are based on estimated earnings over the next four quarters, except where noted.

Energy MLPs receive special tax treatment designed to help promote energy infrastructure. MLPs can “pass through” all of their income to investors without paying corporate taxes (hence the stocks’ healthy yields). Just be aware that the tax benefit means you have to contend with a K-1 partnership form come tax time.

Sinking oil prices in 2014, 2015 and early 2016 hurt energy MLPs, but this year’s rebound, from a 13-year low of $27 per barrel in February to the current $46.63 has helped boost the shares and should lead to improved profits. Analysts expect Enterprise Product’s earnings to rise by 1% in 2016 and by 14% in 2017. That should allow the firm to maintain the current annual distribution rate of about $1.60 per unit, and perhaps edge it upward a bit.

Things aren’t exactly rosy at HSBC, the bank that was founded in 1865 as the Hongkong and Shanghai Banking Corporation and is now a London-based financial services firm with a global reach. Sales and profits have been on a downward trend since 2011. The slowdown in China’s economic growth has been a drag, given that Asia accounts for 39% of the firm’s revenues. And the U.K.’s decision to leave the European Union adds more uncertainty.

HSBC’s stock has taken a licking, off more than 50% from its 2007 high. The shares now trade at 16% less than the company’s tangible book value (what its assets, less liabilities, would fetch if the bank were to be liquidated). Analysts expect HSBC to earn $2.99 per share in 2016, a decline of 6.6% from the previous year. But S&P Global analyst Erik Oja expects a jump to $3.20 per share in 2017. Both figures are well above the $2.55 per share that HSBC paid out over the past four quarters.

You know that monthly mortgage payment you make? The bank that sold you the loan probably doesn’t want to service it anymore—that involves accepting monthly payments, setting aside a portion for taxes and insurance, and so on—so it is selling the rights to service your loan (and its other mortgages) to other companies. One of those buyers is New Residential Investment, a real estate investment trust.

REITs invest in everything from apartment buildings to offices, malls and hotels. But mortgage REITs specialize in real estate debt. New Residential is buying servicing rights from banks and lenders, for which it receives a portion of the interest payments made on the underlying mortgages—typically about 0.25% to 0.50% on the unpaid principal balance of a mortgage. In the end, it doesn’t actually service the loans; firms it partners with do that, in exchange for a fee.

New Residential’s business model is “unique,” says Credit Suisse analyst Douglas Harter, who calls the firm his favorite mortgage REIT. One reason he likes it: The mortgage-servicing business is shielded from rising rates. When rates rise, the value of New Residential’s mortgage-servicing rights is expected to increase—in part because borrowers won’t refinance their loans. 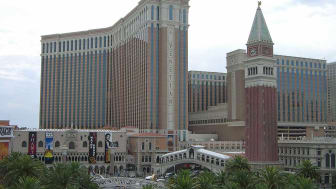 People aren’t gambling as much at the gaming resorts built by Las Vegas Sands, and that has chopped sales and profits at the firm. As its name suggests, the company owns properties in Las Vegas. But the biggest decline Sands has experienced has been at its four Macau properties (it has another resort opening in September). Rich Chinese filled the tables at Macau, a special administrative region of China, until the government launched a crackdown on corruption, which discouraged travelers.

The decline in sales is slowing, so some analysts expect better times in Macau. Value Line analyst Dominic Silva says the September opening of two more resorts in Macau (the second is owned by another company) may revive business on the peninsula. Analysts expect Sands’ profits to decline by 14% in 2016, but they see earnings rebounding by 13% next year. Sands’ shares have plunged by more than 60% since October 2007.