Don’t give up on this bull market yet — it still has room to run, thanks to stronger economic and corporate underpinnings.

Don’t give up on this bull market yet — it still has room to run, thanks to stronger economic and corporate underpinnings. Also key: improving sentiment among investors.

Analyst estimates are provided by Thomson Reuters. James K. Glassman, who writes the Opening Shot column, is a visiting fellow at the American Enterprise Institute. His most recent book is Safety Net: The Strategy for De-Risking Your Investments in a Time of Turbulence. Andrew Feinberg, author of our Promised Land column, manages New York-based hedge fund CJA Partners.

Coca-Cola (KO) has trailed the market significantly for the past two years, under fire from competitors as well as from policymakers who want citizens to slim down.

But columnist Andrew Feinberg calls it a classic “faith-based” stock—a great company that, by means that can’t be predicted, always seems to bounce back. And the 2.8% yield will quench your thirst while you wait for the price to rise.

Many investors have shunned Bank of America (BAC) because of problems related to Countrywide, which it bought in 2008. But those troubles now seem to be winding down. BofA’s deposits are growing, and the quality of its loans is improving. Columnist Andrew Feinberg says the stock could easily rise 50% over the coming year.

In 2010, when Honeywell International (HON) announced an ambitious five-year growth plan, analysts were skeptical. They acknowledged that the firm, which makes everything from thermostats to jet engines, was well run, but they thought it couldn’t wring enough efficiencies from its operations to overcome a struggling economy. But Honeywell hit all of its goals and has turned skeptics into believers, says Stifel Nicolaus analyst Jeff Osborne. Now, Honeywell is set to put out a new five-year plan that he thinks will be even more ambitious—and will help boost the stock 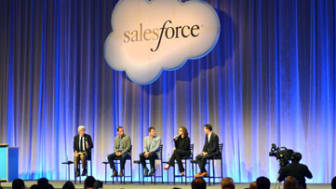 The dynamic duo who turned International Lease Finance Corp. into an airplane-leasing giant in the 1980s, Steven Udvar-Házy and John Plueger, came out of semi-retirement to launch Air Lease (AL) in 2010. Since then, the company has built a fleet of 174 jets, which are leased to more than 75 airlines.

Air Lease also helps manage air fleets, so when customers lease its new planes, it also brokers the sale of their old ones. Analysts expect profits to increase 30% in 2014, but the stock sells for only 16 times estimated earnings.

Baker Hughes (BHI) is the third-largest energy-services company in the world, but relatively few people know it. Though it has earned its neglect through poor management, Baker Hughes’s leaders are now determined to improve the firm’s profit margins, which are half those of rival Halliburton. Columnist Andrew Feinberg says the stock could rise by 33% over the next year.

An improving global economy is bullish for Eaton (ETN), which specializes in power management—from the manufacture of hydraulic systems for trucks and planes to the circuit breakers used in commercial construction. Eaton moved its headquarters from Ohio to Ireland in 2012 as part of its purchase of electronics giant Cooper Industries. The deal helped boost sales and profits in 2013. But the sluggish commercial-construction market is weighing on results.

Morningstar analyst Daniel Holland thinks that business will rebound in 2014, allowing Eaton to fire on all cylinders.

Qualcomm (QCOM), the maker of popular chips that serve as the modems and brains of wireless phones, is attractively priced. The stock sells for 14 times estimated year-ahead earnings, a figure that compares favorably with analysts’ estimates of 17% yearly earnings gains over the next three to five years. It’s the only stock that the Value Line Investment Service gives a top rating for both timeliness and safety.

Ocwen (OCN) is a tech-savvy mortgage servicer (essentially a highly paid bill processor and collector) that specializes in dicey loans. Ocwen’s efficient systems give it a 70% cost advantage over competitors with regard to subprime loans, which leads to more business and better profit margins. Columnist Andrew Feinberg says the stock could easily rise 50% over the coming year.

Tower Group International (TWGP) is a potentially rewarding stock, albeit a risky one.

Its 18% dividend yield attests to that. Growing doubts about the adequacy of the property-and-casualty insurer’s loss reserves caused the stock to fall from more than $22 in August to less than $4 in October.

This stock is favored by James Roumell, a super-contrarian money manager who launched Roumell Opportunistic Value Fund (RAMVX) three years ago. He thinks investors have overreacted.

Cree Inc. (CREE) is a leader in the manufacture of light-emitting diodes, or LEDs. These energy-sipping bulbs, which require up to 85% less power than traditional bulbs and can last up to 25 times longer than traditional bulbs, are gaining popularity. Only about 3% of the U.S. population currently uses them, but government price subsidies are making them more popular and affordable.

Cree is also stepping into the solar-power industry. That should help light up sales and profits for years to come and justifies the stock’s rich price, which amounts to 34 times estimated earnings. 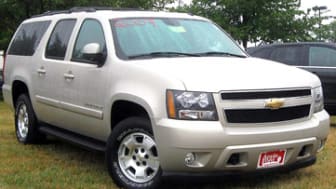 Columnist Andrew Feinberg sees buying warrants of General Motors as a way to magnify gains in a cheap stock in the hot car market. Here’s how that works: GM’s shares are held back by perceptions that the firm is a loser and by the fact that Uncle Sam will soon sell its stake. When the Treasury unloads, the stock should pop.

If you buy GM stock at today’s price of about $37 and it goes to $56 over the next year (Feinberg's target) you would make 41%. But if you owned the warrants, which are like long-term options and in this case are moving dollar for dollar with the stock, you’d make 95%. Of course, if the common falls, the warrants will lose more.

Stemline Therapeutics (STML) is a small, early-stage biotech firm that focuses on developing drugs that target cancer stem cells. We like that the Eventide Gilead fund lately has loaded up on Stemline; the little-known fund has one of the industry's best five-year records.

Material Sciences (MASC), a tiny (market capitalization: $97 million) maker of lightweight alternatives to stainless steel, is a favorite of Daniel Abramowitz, of Hillson Financial Management, in Rockville, Md. He thinks that, considering Material Sciences’ earnings potential and $9 share price, the stock is a bargain. “The company has $3.73 per share in cash, is debt-free and sells at a discount to book value” (assets minus liabilities), he notes.

Home Inns & Hotels Management (HMIN), which runs about 1,700 economy-priced hotels in mainland China, could benefit if the country’s economy bounces back from a recent slowdown in growth.

Howard Hughes Corp.’s (HHC) real estate holdings include 60 acres in Honolulu as well as property in New York City’s South Street Seaport and the booming Woodlands planned community in Houston. When the Hawaii real estate is fully developed, it could be worth Hughes’s entire market value. Hughes is the biggest holding in columnist Andrew Feinberg's hedge fund, CJA Partners, LP. The stock has tripled in three years, but sees it rising another 50% by November 2014.

Unilever (UL), the Netherlands-based consumer-products company, has a major presence in burgeoning markets in Asia, Africa and the Middle East. So far in 2013, Unilever shares have trailed the S&P by 20 percentage points, but they are likely to rebound.

It’s a top ten holding of Artisan International Value (ARTKX), which has whipped its benchmark by an average of 7.6 percentage points per year over the past five years.

Monitise plc (MONIF) is a leader in mobile-payment software. The London-based firm has struck important deals with Visa and IBM, among others. Visa projects that by 2020, half of its credit and debit purchases will be made using mobile devices. If that forecast is anywhere near accurate, Monitise’s stock could be a monster.

Fox (FOXA) is the new movie-and-TV company that resulted from the split-up of Rupert Murdoch’s News Corp. (NWS), which retained the newspaper and other media properties. It’s the largest holding of the Yacktman Fund (YACKX) — particularly significant since that fund holds only 45 stocks and rarely changes them.

A major energy producer, Occidental Petroleum (OXY) has an edge over many of its peers: It gets the bulk of its energy from politically stable North America, and most of that energy is in liquid form, which benefits from a favorable balance of supply and demand. Oxy also boasts a superb balance sheet, with plenty of cash for dividends and share buybacks.

Over the past two years, JPMorgan Chase (JPM) has been mired in controversies, ranging from billion-dollar losses in the London Whale trading debacle to a proposed $13-billion settlement with regulators over improprieties in the mortgage market.

The sideshows, though, mask the bank’s underlying strength, says Raymond James analyst Anthony Polini. JPMorgan is one of the best-run banks, with a strong balance sheet and a compelling international investment-banking operation. The legal woes have suppressed the stock, which trades for just 9 times earnings.

Altisource Residential (RESI), a spinoff from Ocwen, is in a related business. It buys baskets of loans that are heading for foreclosure and then either modifies them or takes possession of the collateral. Columnist Andrew Feinberg forecasts not only a 30% increase in the stock price over the coming year but rising dividends as well.

C.H. Robinson Worldwide (CHRW) is a Minnesota-based logistics company that offers global transportation services. It’s also a holding of Mairs & Power Growth (MPGFX), a fund that’s a member of the Kiplinger 25, and which has been in the top one-third of its category four years in a row. But C.H. Robinson is the only MPGFX stock that didn’t increase in value during 2013, which columnist James K. Glassman sees as a sign the stock is due to surge. He calls it a bargain-priced contrarian pick poised to prosper as global trade increases.

Global conglomerates such as General Electric (GE) tend to expand at the same pace as overall economic growth. So GE will benefit from an improving world economy—and then some. That’s because, according to Morningstar analyst Daniel Holland, GE is better than most conglomerates at creating synergies among its various operations—from aviation to health care—that help facilitate the creation of new products.

Shareholders are benefiting from dividend hikes, as well as share buybacks, which will help profits grow at a 10% pace over the next few years. Plus, the stock yields an above-average 2.9%.

Why You Should Rebalance Your Portfolio Now

The 7 Deadly Sins of Investing