In Warren Buffett’s most recent letter to shareholders, he updated a data point that never gets old: Just how much Berkshire Hathaway (BRK.A, BRK.B) shares have outperformed the Standard & Poor’s 500-stock index.

In Warren Buffett’s most recent letter to shareholders, he updated a data point that never gets old: Just how much Berkshire Hathaway (BRK.A, BRK.B) shares have outperformed the Standard & Poor’s 500-stock index. Between 1965 and the end of 2017, the S&P 500 has put up a plenty-respectable 15,508% … but Berkshire shares have delivered an overall gain of 2,404,748%!

Yes, Buffett’s clout means he can swing some deals that regular investors can’t get, but those returns are still a resounding seal of approval for the value investing principles that the Oracle of Omaha espouses. And those principles should drive even higher returns in the future – especially if higher interest rates put heavily indebted firms at risk.

“Classical value investing principles are timeless, and after one of the longest bull markets in history, they are extremely important today,” says Don Wilson, CIO of Brightworth, an Atlanta-based investment company.

Closed-end funds are an excellent way to invest in a broad swath of value stocks. In addition to the ease of getting exposure to dozens or even hundreds of stocks in just one fund, many CEFs boast much higher yields than their mutual fund and exchange-traded fund counterparts. Here are five such funds that value-minded investors should consider.

Data is as of April 13, 2018. Distribution rate can be a combination of dividends, interest income, realized capital gains and return of capital, and is an annualized reflection of the most recent payout. Distribution rate is a standard measure for CEFs. Fund expenses provided by Morningstar. Click on ticker-symbol links in each slide for current share prices and more. 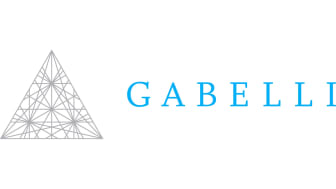 No investor has the same name cachet as Warren Buffett, but in the finance world, Mario Gabelli is a household name and one of the stars of value investing.

Gabelli is the founder of Gabelli Asset Management Company Investors (GBL), and since founding in 1976 has since won many awards for superior performance. He combines his investing acumen with a killer team of other investment pros in the Gabelli Equity Trust (GAB, $6.10) – a fund that has delivered a 10.5% average annual return over the past 15 years, outdoing the 9.97% of the S&P 500.

The fund’s strategy is twofold: It seeks out undervalued companies (hence its inclusion in this list), but also value stocks that have “greater than average” potential for growth.” No surprise, then, that Berkshire itself is one of the fund’s top 10 holdings, as well as Rollins (ROL), Honeywell International (HON) and MasterCard (MA).

“During bull markets, investors chase performance, become greedy, and overly aggressive at market tops,” he says. “Then after a big drop in the stock market, they become fearful and sell out of their stocks at the bottom of the market incurring permanent capital loss and inflicting severe damage to their financial situation. Value investing principles help investors to remain more disciplined and avoid costly emotional mistakes.”

There still is fundamental value in stocks, however, and value funds can find it. GAB is attractive in particular right now because of a 3% discount to its net asset value, as well as a high 9.8% distribution rate. 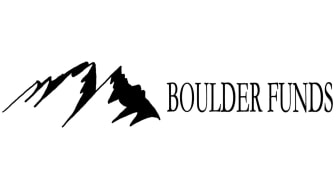 If you want diversification but also are a dedicated believer in Warren Buffett and Berkshire Hathaway’s investment principles, the Boulder Growth & Income Fund (BIF, $10.93) is perhaps the best middle ground you can find.

Boulder Growth & Income is a closed-end fund with a low-turnover, buy-and-hold mentality that seeks out stocks trading below intrinsic value. It’s not a particularly wide portfolio – it holds a couple dozen blue chips, such as JPMorgan Chase (JPM) and Cisco Systems (CSCO), as well as a number of U.S. Treasuries. But perhaps what’s most notable is that the fund is roughly a third weighted in Berkshire Hathaway shares.

The fund isn’t shy about this fact at all, stating up front that “the Fund is highly concentrated in Berkshire Hathaway Inc., which, in addition to other business risks, is dependent on Warren Buffett for major investment decisions and all major capital allocation decisions.”

That’s a significant risk given Buffett’s age and the potential for him to exit Berkshire at any point. But then, that’s the same risk you would have in a direct investment in Berkshire – at least with this closed-end fund, two-thirds of the portfolio is invested elsewhere.

Also nice about BIF is a 14% discount to NAV at the moment, as well as a 3.7% distribution rate that beats the pants off the zero income you get from Berkshire shares. 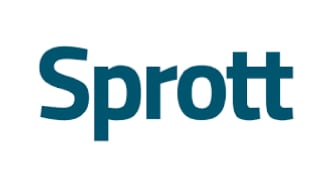 More recent returns haven’t been as stellar; the fund’s 10-year return has been about half that of the S&P 500. But the quantitative easing-fueled gains in equities made it more difficult for value to compete. That means FUND wasn’t alone in its troubles – and that also means this CEF’s fortunes should be ready to change. That’s because the Federal Reserve just raised interest rates in March – the sixth time since December 2015 – and is expected to do so again twice if not thrice more before 2018 is over.

Sprott Focus Trust has a small, focused portfolio of typically around 50 stocks, but diversifies among large-, mid- and small-cap stocks alike. Apple (AAPL), Western Digital (WDC) and Franklin Resources (BEN) are among the top 10 holdings at the moment.

In addition to the value you get from Sprott’s investing approach, you also can buy the fund at a 9% discount to its net asset value right now. That’s important because the fund used to trade at a premium to NAV back in the early aughts, but its more recent performance flipped it to a significant discount – a discount that’s now starting to evaporate as FUND’s prospects improve.

While investors wait for better times, they can collect a 6% distribution. 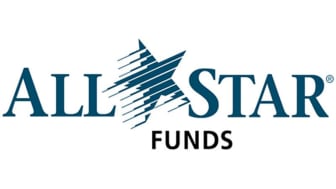 The Liberty All-Star Equity Fund (USA, $6.31) is often overlooked because of its small size, and is heavily discounted despite its prudent market approach. However, like FUND, the bargain in USA might not last much longer – it currently trades at a 7% discount to NAV, versus roughly double that at the end of 2016.

That discount is evaporating because Liberty All-Star is coming to life. The past three years have seen USA average 12.6% gains annually to 10.6% for the broader market, in large part because of a massive 28.6%-16.3% outperformance over the past 52 weeks. This CEF is even putting up a small gain despite flat results for the market through a nauseating first few months of the year.

Five management firms are represented in USA’s portfolio, with three tackling value evaluations and the other two studying growth opportunities. For instance, Macquarie Investment Management’s role is to “capitalize on discrepancies between estimated intrinsic value and price, buying at times of excessive pessimism and selling at times of undue optimism.”

At the moment, USA has nearly a quarter of its weight in tech stocks such as Adobe Systems (ADBE), Amazon (AMZN) and Visa (V). But top holdings also feature the likes of Bank of America (BAC), Mondelez (MDLZ) and Home Depot (HD).

The fund pays out about 10% of its net asset value as distributions each year (2.5% per quarter), resulting in an outstanding 11.8% distribution rate. 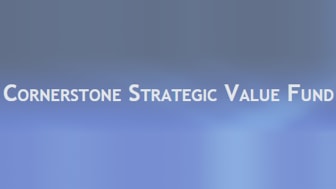 The Cornerstone Strategic Value Fund (CLM, $15.46) is an oddball fund in that it absolutely adheres to value investing … but also is somewhat risky in nature, resulting in one of the highest yields you’ll find in any kind of fund.

CLM appears at least mildly similar to USA in that it has a broad portfolio with a particular bent toward tech stocks, including Alphabet (GOOGL), Apple and Microsoft (MSFT). However, it couples a focus on strong fundamental performance and growing earnings with a contrarian value approach, which explains why it holds a number of energy stocks – such as Exxon Mobil (XOM) and the Adams Natural Resource Fund (PEO) – that suffered since oil’s decline in 2014.

The PEO holding brings up another point: Cornerstone Strategic Value holds not just stocks, but other funds to gain certain types of exposure, such as small-cap and international. Hence, holdings also include names like Tri-Continental Corporation (TY), the Templeton Dragon Fund (TDF) and the India Fund (IFN).

The riskier approach occasionally leads to a few lean years, such as 2014, when the fund lost 7.3% against a 13.7% gain for the S&P 500. But sometimes it results in massive outperformances, such as 2013, when its 64.5% roughly doubled the broader market. 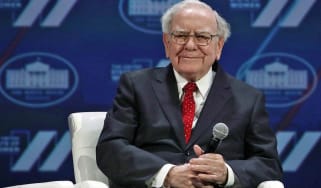