7 Big Financial Risks That Paid Off

For the risk-averse, raiding your savings account or taking out a big loan to start a business or make a career change might seem like a fool’s game.

For the risk-averse, raiding your savings account or taking out a big loan to start a business or make a career change might seem like a fool’s game. A bird in hand, you know.

But, in the words of Italian philosopher Niccolo Machiavelli, "Never was anything great achieved without danger." So opportunity sometimes demands calculated risks in pursuit of your dreams, whether they be buying a lavish home, retiring early, giving generously to charity or family, or taking charge of your work environment.

If you’ve got a business idea or a professional passion to pursue, find inspiration from these seven entrepreneurs who put their financial well-being on the line in hopes of achieving even greater riches. Talk about going for broke. Take a look. 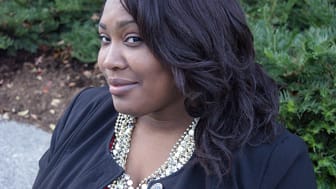 In the aftermath of the Great Recession, Smith recognized that it was a great time to buy rental property at rock-bottom prices. (At the time, a Kiplinger’s Personal Finance article championed "Great Homes at Deep Discounts.") "I knew I wouldn’t get an opportunity again to buy as cheap and would regret letting the opportunity pass," Smith says.

A friend had told Smith, a New York City resident, about a small two-bedroom house in Wilkes-Barre, Pa., that the owner was eager to sell to avoid foreclosure. Problem was, Smith didn’t have enough cash to buy it. So in 2010 she took a $20,000 loan from her 401(k) to cover the $19,500 price of the house. She knew the risks: loss of compounded growth on her retirement savings and the prospect of having to pay it back in full within 60 days if she lost her job (see 4 Reasons It’s a Bad Idea to Borrow From Your 401(k)). "I thought it was risky," Smith says. "But I thought of the house as a long-term investment, much as I did my 401(k)."

The Greens had a love of Apple devices and recognized that the company’s iconic products were missing something: great accessories. So, in 2009, the two left their full-time jobs and drew upon their experience in graphic design, marketing, wholesaling and merchandising to create prototypes for a stand to hold a MacBook upright and a shelf to hold portable hard drives for Macs. They arranged a meeting with Apple’s retail-store buyers and sold them on their accessory concepts. But then they had to come up with the money to manufacture their products and get them into Apple stores. To do so, they cashed out their three children’s college accounts and got a second mortgage to raise more than $500,000. 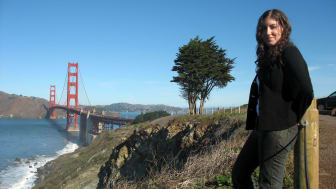 Dore, now 31, enjoyed working as a concert promoter in Nashville, Tenn., lining up talent from comedians to big-name country artists, then marketing and producing the shows. But seven years of frequent travel and working 60 to 80 hours a week had taken a toll on her. She realized she couldn’t sustain that lifestyle and knew it was time for a career change. "It was fun when I was younger," she says, "but I couldn’t do it at 40." Dore wanted to get into digital marketing but didn’t think she could make a switch while putting in so many hours as a promoter. So she decided to quit in August 2014 without another job lined up.

"My parents said I was crazy," says Dore. But in the year prior to quitting her job she had lowered her risk by dramatically cutting her spending (among other things, she ditched cable TV and reshopped her insurance). She set aside about $1,500 each month -- nearly $20,000 in all -- to sustain her while she looked for a new job. She had also launched a personal finance blog, Cashville Skyline, in 2013 to generate some extra money. And within a few weeks of resigning, she landed a part-time job with an online ticketing company to help make ends meet. 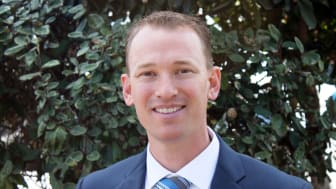 Unlike many insurance agents who get their start working with an established company, Huntley decided to sell insurance on his own, doing business as Huntley Wealth & Insurance Services, when he got his license in 2004. But drumming up business was difficult, and he racked up $50,000 in credit card debt to make ends meet. "I really stunk," he says. Things started to turn in late 2008, when Huntley launched a blog that generated leads and enabled him to offer insurance quotes.

After six months, he was getting one or two leads a day for new clients. By the end of 2010, he had made about $27,000 through policies sold to visitors to his blog, InsuranceBlogByChris.com. But greater growth required investments in telephone technology and the content and design of his Web site. He borrowed $50,000 in 2011 from a family member with a signed agreement to pay it back in 30 months (see Smart Ways to Loan Money to Family Members).

While working at Bryan Cave LLP, a firm of 1,400 attorneys, Watson feared that his chances for advancement were slim. So in 2010 he turned to law-school friends Stephen Glasgow and Toby Mergler to brainstorm business ideas. They drew upon what they had in common -- a fondness for preppy clothes -- and decided to create a Web site that offered their favorite brands without shipping costs.

They paid $3,000 to build a site, started working out of Watson’s basement, persuaded brands to sell their products to them at wholesale prices and opened a few credit card accounts to cover costs. By March 2012, they launched Country Club Prep. They had about $200,000 in sales the first year, then made $1.3 million in sales in 2013. Watson left his job with the law firm in 2014 to manage the business with Glasgow and Mergler full-time.

Start a Company Without Loans 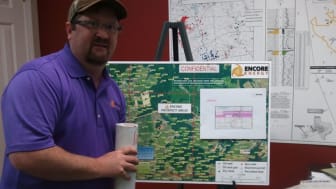 After seven years as the CEO of Allied Energy, an oil-and-gas drilling-and-production company, Stengell was voted out of his position by the board of directors in 2011. Rather than look for a leadership position with another firm, he decided to use his experience -- and his savings -- to launch his own company to broker deals between landowners and oil and gas companies. With an eye toward attracting private investments in his new venture, Stengell eschewed loans: "Debt is unattractive to the investment community," he says. Instead, he pulled about $300,000 from retirement and investment accounts to get Encore Energy up and running.

Two years in, the company took off when Stengell decided to acquire mineral-rights leases for Encore Energy to do its own oil-and-gas drilling, rather than just broker deals for other companies to drill. With funding from investors and Stengell’s own contributions, Encore Energy was able to drill 16 oil wells in Kentucky in 2014 and is now selling oil each month from those wells.

Open a Home-Equity Line of Credit

After working for about 30 years in hair salons and barbershops, Full wanted to start his own business. He saw a need for a place that would cater exclusively to men, who feel conspicuous in hair salons, he says. So he came up with the idea of an old-school barbershop designed for masculine comfort and modern times. As he saw it, the real risk wasn’t leaving his job but rather not acting on his idea.

Using a home-equity line of credit, he launched his shop, Rock Barbers, in 2010. That first year, when he was the owner and sole employee, Rock Barbers grossed $50,000 in sales. He and his wife, who is a hair stylist, lived modestly and reinvested profits into the business so it could grow.

During COVID-19, you may have to use different strategies to find the job you want.