When Are State Tax Returns Due in New Mexico?

New Mexico is one of several states in which your state income tax return can be filed after April 15. 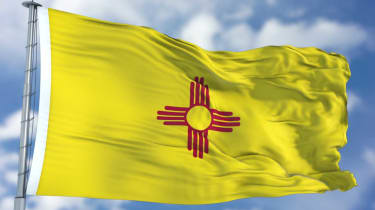 You probably already know that most Americans have to file their 2018 federal tax return by April 15, 2019 (as we told you earlier). For most states with an income tax (there are nine states with no income tax), the state return is also due on April 15 this year. However, some states give you more time to file — such as New Mexico.

Like other states, New Mexico wants you to file returns and pay taxes electronically. To push you in that direction, the state lets you file later if you e-file your 2018 return and pay your taxes online. If you file a paper Form PIT-1, the due date is April 15, 2019 — the same date that your federal return is due. However, if you file and pay electronically, you can wait until April 30.

If you get a federal six-month filing extension, the Land of Enchantment will automatically extend your state deadline by the same amount of time. If you don't have a federal extension but you still need more time to file your New Mexico return, you can request a state filing extension by submitting Form RPD-41096 by April 15.

Penalties for failing to file and pay on time are waived through an extension period as long as you file and pay by the extended due date. However, interest accrues on your unpaid balance even if you get an extension, unless you pay any tax due by the original deadline.

We recommend filing both federal and state returns at the same time if possible. State returns typically "piggyback" off the federal return, so it's usually easier to do them at the same time. There's also a better chance of avoiding discrepancies if you do them together. However, if that's not possible, having an extra two weeks to file your New Mexico return can help. It gives you more time to focus on getting your federal return off before the April 15 deadline and then to get your state return just right.