Do-It-Yourself Pay Raise for the Holidays

You can avoid overpaying taxes -- and give yourself a bigger paycheck -- by adjusting your withholding.

Need a few extra bucks -- or a lot of them -- as we head into the holiday season?

Kiplinger reminds employees that most of you have the power to put several hundred extra dollars in your paychecks between now and the end of the year. And we don't mean by working overtime or taking on a second job. Simply tell Uncle Sam to back off a bit in biting into your paychecks.

The potential for workers to beef up their paychecks is tantalizingly clear in the latest IRS statistics acquired by Kiplinger. The latest numbers show that so far this year 103 million Americans have received refunds triggered by their 2006 tax returns. The average refund: $2,291.

This is proof positive that workers had too much tax withheld in 2006. And there is absolutely no reason to think that the overpaying isn't continuing apace in 2007. (Every year, the average refund amount keeps going up.)

That means the average taxpayer is having nearly $190 too much withheld from his or her pay every month. Wouldn't it make more sense to get that money when you earn it? Particularly at this time of year?

Fortunately, it's easy to tell your Uncle Sam to take less so your boss can put more in your paycheck.

You'll still get a refund

But what if you're addicted to springtime tax refunds? No problem. You've probably had plenty withheld so far this year to guarantee a refund next spring, even if you fix your W-4 to put an end to overwithholding for the rest of the year. Reducing withholding for the rest of 2007 might reduce the size of that check, but it won't wipe it out. And, it's sure to put money in your pocket now.

If you're an average refund receiver, for example, eliminating overwithholding for the last two months of the year will still leave you with a refund of $1,800 or so next spring.

To cut withholding, all you have to do is file a new W-4 form, Employee's Withholding Allowance Certificate, with your employer and increase the number of "allowances" you are claiming. You can claim an allowance for yourself, your spouse and your dependents, for example. Each allowance basically makes $3,400 of your annual income off-limits for withholding.

Claiming extra allowances on your W-4 will automatically push down withholding, which in turn will push up your take-home pay. You'll enjoy the instant gratification of a do-it-yourself pay raise.

Of course you can't just make up a number for your W-4. The IRS has a dense 19-page booklet with seven intimidating worksheets to guide you toward the right number of allowances to claim. The agency even offers a Web calculator to help. But it requires more than 30 entries.

To make things less painful -- and to encourage workers to set their withholding situation straight -- we've developed a simple, user-friendly calculator. Just answer three questions (you'll find the answers on your 2005 return), and we'll give you a solid idea of how many more withholding allowances you should be claiming. It's based on the premise that your financial life in 2007 is pretty much the same as in 2006. All sorts of things can affect the amount that should be withheld from your check: a new job, a new marriage, a new child, or a new house, to name a few.

But, if your financial life is shaping up to be pretty much the same this year as last, our calculator will quickly figure how many extra allowances you deserve. And, to give you the incentive to fill out a new W-4, we'll show you how much extra money you will put back in your paycheck by claiming the appropriate number of allowances.

If our calculator gets your attention, get a W-4 here or ask your company's payroll department for one. Work through the instructions, pinpoint the number of allowances you really deserve and file a new form with your boss. You should see the result next payday.

Editor's note: This story has been updated since it originally was published in September 2006. 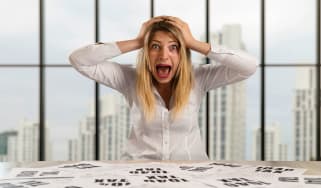