It’s not a done deal yet, but it’s increasingly likely that Congress will agree to extend the current Bush-era tax cuts -- including preferential rates on capital gains and dividends -- for another two years. That means taxpayers have a bit more clarity -- if not certainty -- about year-end tax planning moves. Also: the estate tax is coming back from its year-long hiatus, though it's likely the exemption level will be much higher than it used to be.

So far, the Democratic-controlled House is refusing to schedule a vote on the tax package in its current form. Some last-minute negotiations could break the logjam. In the meantime, review your portfolio for dogs you might want to dump and winners you might want to cash in before year-end. And then keep a close eye on Congress.

For the majority of Americans, the old rules for maximizing deductions to lower your tax bill for the current year still apply. For example, increasing 401(k) contributions during your last pay periods will reduce your taxable income and could qualify you for other tax breaks tied to income limits. This year, workers can contribute up to $16,500 to employer-based retirement plans, and workers 50 and older can contribute up to $22,000.

Another paycheck-related tax shelter is a flexible spending account. Now's the time to figure out how much money to put aside for out-of-pocket medical expenses and dependent care for 2011, and, in case your employer is one of the holdouts still requiring all of 2010's savings to be spent this year, to make whatever appointments you need to use up your set-aside.

And while you have the paystub out, think hard about how much you're handing over to the IRS each month. Most Americans overwithhold -- basically, giving Uncle Sam an interest-free loan -- but about a quarter end up owing money, sometimes with a 10% penalty on top. Upping your withholding in the last few pay periods is a perfectly legal strategy to make up for being behind.

Anyone, regardless of income, can now convert a traditional retirement account to a Roth IRA, but only those who do so by December 31 will have the added benefit of splitting the tax bill on the conversion between their 2011 and 2012 tax returns. If you choose the split, the conversion won't increase your 2010 income.

Several other tax breaks are scheduled to expire at year-end, including the home-energy tax credit, which can reduce your tax bill by up to $1,500, is in its final days. To qualify, you must install energy-efficient windows, doors or skylights by December 31. If you claimed the maximum credit last year, you can't take it again.

Congress temporarily suspended required minimum distributions from IRAs and other retirement accounts until the stock market bounced back. This year, it's business as usual. If you are 70 or older, you must take distributions from your IRA, 401(k) or other retirement accounts (except Roth IRAs) by December 31 or face a stiff penalty: 50% of the amount you failed to withdraw. (If you turned 70 this year, you have until April 1, 2011, to take your first distribution.) All withdrawals (except after-tax contributions and distributions from Roth IRAs) are taxed at rates for ordinary income. It's still not clear whether retirees will be allowed to direct up to $100,000 of their required IRA distributions to charity this year. It is one of several expired tax breaks that Congress hopes to reinstate for 2010.

The enhanced American Opportunity Credit for undergraduates was scheduled to expire, but would be continued for another two years under the proposed compromise. Still, you don't want to waste this year's break if you qualify. Individuals with incomes up to $80,000 ($160,000 for married couples) who pay at least $4,000 in college tuition in 2010 can claim a tax credit of up to $2,500. If you haven't spent enough to capture the full credit, pay your student's tuition for spring semester in December.

This is your last chance to use funds in a Coverdell Education Savings account to pay for private elementary and high school tuition. Starting next year, only college-related costs will qualify for tax-free distributions. This is also the final year you can use funds from a 529 college-savings account tax-free to purchase a computer, software or Internet service for your student. It's not often you get to play Santa Claus with tax-free cash.

Are you close to closing on your mortgage or refinancing an existing loan? You might want to step on it and wrap things up by year end to be able to deduct any points you paid to get a mortgage on your 2010 return.

If you're looking to invest in mutual funds around the end of the year -- maybe you're getting a bonus? -- pay attention to your timing. You don't want to get an excess tax bill as part of the bargain.

And mind the tax rules as you consider your generosity around the holiday season. If you're giving to your favorite charity, try giving appreciated stocks instead. Both you and the charity could come out ahead. If it's the family (or other lucky individuals) who are the beneficiaries of your largess, keep in mind the rules on the gift tax exclusion -- it's a use-it-or-lose-it scenario.

Whether you launched a new business this year or you’re an experienced entrepreneur, being your own boss comes with a whole new set of tax issues -- and plenty of opportunities to trim your tax bill. In most cases, you have to spend money before the end of the year to claim a deduction on your 2010 tax return. And the tax breaks apply whether you are a full-time business owner or operate a sideline enterprise.

What to Know About the Tax Extension Deadline on October 15 (Ep. 46 Rebroadcast) 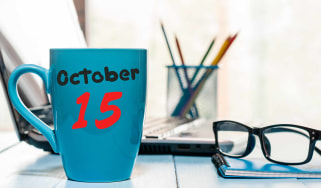 What to Know About the Tax Extension Deadline on October 15 (Ep. 46 Rebroadcast)

Kiplinger.com tax editor Rocky Mengle joins host Ryan Ermey to discuss what you should know about the October 15 tax extension deadline. Also, Kipling…
With Estate Taxes on Sale Now, You Snooze, You Lose!

You may want to consider gifting your home — or maybe a fractional interest in it — as well as using an irrevocable trust before it’s too late.
The Annuity With a Tax-Planning Twist