Some promoters are pushing questionable schemes for ditching the tax bill on a Roth conversion.

EDITOR'S NOTE: This article was originally published in the March 2010 issue of Kiplinger's Retirement Report. To subscribe, click here.

Thinking of converting your traditional IRA to a Roth now that the $100,000 income limit has disappeared? Marketers are hoping investors will jump on the Roth bandwagon, and, boy, do they have a deal for you!

The toughest part about converting is paying income taxes on the amount you transfer to the Roth. So it’s no surprise that salespeople are promising relief -- offering conversions with no out-of-pocket tax costs and strategies to lower the tax bill. You may have come across their ads on radio and the Internet.

For example, some annuity sellers are pushing conversions big time. Consider one recent e-mail from an annuity sales operation to a financial adviser: It promises to provide advisers with their "complete sales arsenal for turning Roth conversions into annuity gold!"

But some schemes are questionable, and involve the purchase of high-cost products you may not need. At least one strategy is downright illegal. "There are a lot of promoters who see the wealthy as easy prey if they can tell them they can avoid the taxes," says Ed Slott, author of Your Complete Retirement Planning Road Map (Ballantine, $26).

Louis Burdick, 67, a retired manager from Orefield, Pa., has been interested in converting his traditional IRA to a Roth, but he worries that the tax bill will be big. When he heard about a seminar that promised a way to get around the tax, he attended.

But Burdick wasn't impressed by what he heard. "The answer was to find losses in my portfolio to offset the tax bill on the conversion," says Burdick, who decided to keep looking for other ways to make the tax bill more manageable.

In another marketing pitch, an account holder is told to use IRA money to buy a deferred annuity with a high surrender charge. The promoter claims that the surrender charge can lower the value of the IRA for tax purposes, even though you won't actually surrender the annuity or pay the charge.

But this ploy is illegal. The IRS cracked down on this scheme and made it clear that the surrender charge can only be subtracted from the IRA's value for tax purposes if the annuity is actually surrendered, says Michael Kitces, a certified financial planner in Columbia, Md. Not only will the investor pay the full tax but will also pay a commission on the annuity purchase.

In another scheme that purports to lower the tax on a Roth conversion, you liquidate your traditional IRA, move the money to a self-directed IRA and invest the cash in arcane businesses, real estate transactions, private equity funds, limited partnerships or trusts. The promoters claim that because the investments are illiquid and you don't have a controlling interest, you can discount the value of the self-directed IRA when reporting the amount you convert to the Roth.

Self-directed IRAs are legal, but the IRS is sure to raise an eyebrow -- at the very least -- over such discounted valuation. And, why would you want your IRA money in investments that might be impossible to liquidate when you need the money in retirement? Also, the investments can be risky. "Sometimes the discount exists because you're buying a lousy investment," say Kitces. "You can get a wonderful discount and save on taxes, but lose your principal."

John Gannon, senior vice-president of the Financial Industry Regulatory Authority, warns investors to steer clear of Roth-conversion strategies that claim to undervalue assets. "You should walk away or get a tax opinion from a tax attorney," he says.

A Strategy To Die For

Searching for other strategies, Burdick was intrigued by another Roth-conversion ad he heard on a Philadelphia radio station. The ad promised investors that they would pay "no out-of-pocket taxes" on the conversion.

Garry Madaline, a Wayne, Pa., financial adviser who's promoting the strategy, explains it this way: "The taxes are paid in full," but you don't use your own money to pay the tax bill.

Instead, he says, you take out a loan equal to the full amount of the conversion. You use part of that money to pay the tax bill and invest the rest in life settlements. With a life settlement, you buy a portion of another person's life insurance and get a portion of the death benefit when he or she dies. With Madaline's "tax-leveraged" Roth-conversion plan, which he is marketing to other advisers, you later use the proceeds from the life settlements to pay off the loan.

Madaline recommends that people invest at least $150,000 in life settlements, and buy pieces of at least ten life-insurance policies. But other insurance experts say a big risk of this strategy is that the insured persons could end up living longer than expected, which would shrink your annualized return. That would be a problem if you need the money for retirement expenses or to pay off the loan. You may have to pay extra premiums to keep the policies active if the insured persons live longer than expected, says Glenn Daily, an insurance adviser in New York City.

"This would be a very risky investment for individuals unless they did extensive due diligence on the policy valuations and fees," says Daily. He recommends asking for an audited performance report of the past life-insurance settlements that the firm has sold. Daily also says investors should ask what would happen if you needed to resell your share of the policies early.

Mark Cortazzo, a certified financial planner in Parsippany, N.J., would steer clients away from this strategy. He says investors would be making interest payments on the loan, so that your total debt to the bank could exceed the actual conversion-tax bill. And, he says, "You're indebting yourself to buy a nonregulated investment."

With another Roth-conversion ploy, you don't convert the traditional IRA to a Roth now. Instead, you buy life insurance so your heirs can pay the taxes when they convert the IRA after you die. That way, marketers say, you won't have to pay the tax tab while you're living, but your heirs can still benefit from tax-free Roth growth.

There's one catch: Nonspouse IRA beneficiaries are not allowed to convert an inherited IRA to a Roth. Also, says Cortazzo, because the money remains in a traditional IRA while you're alive, you must take minimum distributions and pay taxes on the withdrawals. 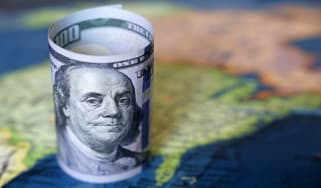 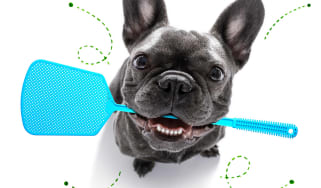 Your annual investment statement might look hot this year, but it’s probably missing one very important figure: the fees you paid.
A Retiree’s Guide to Key Dates in 2021 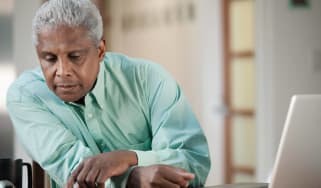 It's critical -- and financially sound -- to hit these important financial deadlines spaced throughout the year.