Remembering One of the Great Debt Fighters

Alice Rivlin was one of the most vocal critics of the government’s accumulating red ink. 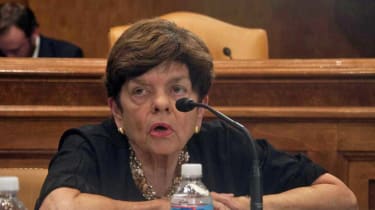 The U.S. economy continues to chug along at a nice clip. And that’s propping up the bull market long past the time most forecasters ever imagined it would last, as executive editor Anne Smith points out in our investing outlook. But over the longer term, the U.S. faces headwinds—one of which is the ballooning federal debt.

Alice Rivlin, one of the most influential and vocal critics of the government’s accumulating red ink, passed away on May 14. Rivlin had a six-decade career as a Washington, D.C., policy wonk and federal deficit hawk. She first gained recognition as founding director of the Congressional Budget Office, where she presided from 1975 to 1983 (and challenged the Reagan administration’s rosy assumptions about supply-side economics). Rivlin is widely credited with shaping the CBO into a source of reliable and impartial data on the fiscal consequences of proposed legislation.

She was Bill Clinton’s budget director (the first woman in that role), after which she served as vice chairman of the Federal Reserve under Alan Greenspan. When Washington, D.C., was careening toward insolvency in the early 1990s—the District had earned the moniker Murder Capital, and “Mayor for Life” Marion Barry did prison time on a crack cocaine conviction—Rivlin headed the commission that provided the blueprint for the city’s revitalization.

Kiplinger’s interviewed Rivlin in December 2011, after the congressional supercommittee formed to rein in the federal debt failed to reach agreement. Rivlin had co-chaired the Debt Reduction Task Force of the Bipartisan Policy Center, which created a roadmap for Congress. The task force’s report warned that if left unchecked, “federal debt will rise to unmanageable levels, which will push interest rates up, endanger our prosperity, and make us increasingly vulnerable to the dictates of our creditors, including nations whose interests may differ from ours.”

Rivlin told Kiplinger’s that stabilizing the debt required slowing the growth of Medicare, Medicaid and Social Security, and getting more revenues from a simplified tax system. Given Congress’s inaction, Rivlin said: “I don’t think this great country is going to go down the tubes. But we are certainly flirting with disaster … because of the ideological conflict.”

We’re still flirting with disaster. According to the CBO, beginning in 2022 the deficit is projected to exceed $1 trillion per year. And federal debt held by the public—in the form of Treasury securities—is projected to grow from 78% of gross domestic product in 2019 to 92% in 2029.

My favorite photo of Rivlin, who was only 5’2” tall, is of her at a lectern, standing on a box to reach the microphone. When she died at age 88, Rivlin was working on a book that called on congressional leaders to end their partisan squabbling. “Stop focusing on winning the next election and using the congressional rules to prevent votes on sensible solutions that are backed by a bipartisan majority and have broad public support,” she wrote, “and get back to the business of working across party lines to... solve problems for the American people.”

Ask Kip. For more than two decades, Kim Lankford wrote our Q&A column. Starting this month, we are reformulating the column as “Ask Kip,” and your questions will be answered by a variety of staffers. Kim will continue to write for us on a freelance basis (see her take on proposed legislation affecting retirees). If you have a question, don’t hesitate to ask us at askkip@kiplinger.com. 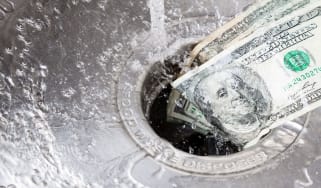