Skip to ContentSkip to Footer
Advertisement
Healthy Living on a Budget

Fitness Bands for $100 or Less

These alternatives to smart watches may be all you need to get moving. 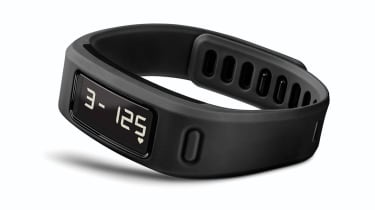 Smarter smart watches, including the Apple Watch, are coming soon. So why buy a fitness band now? If all you want is to set fitness goals, track your workouts (say, calories burned and steps taken) and monitor your sleep patterns, any of these wearables will do the job—for a lot less than the $349 or more an Apple Watch will cost. Each is water-resistant, so you won’t have to take it off to jump in the shower.

See Our Kip Tips Column: How to Save on Gym Memberships

Flash your style. The Misfit Flash ($50) fits inside a clasp or wristband (both are included) and comes in seven colors. The readout, a circle of LEDs, takes a bit of getting used to. To see how you’re progressing toward a daily fitness goal—say, walking 3,000 steps or burning 300 calories—click on the display and a number of consecutive lights will appear that show how far along you are. As for monitoring sleep, the Flash records “light” and “deep” sleep, as well as the number of hours slept. The current time is displayed by illuminating the 3, 6, 9 and 12 reference lights, plus two brighter lights for the hour and minute. Intuitive? Well, no, but fairly easy to learn. The Misfit’s smartphone app (Android and Apple iOS; Windows Phone coming soon) links to the Flash via Bluetooth; you use the app to set and track your daily goals. The Flash runs on a 3-volt coin cell battery that lasts up to six months with normal use. And Misfit recently announced that users would be able to use the Flash to control home automation devices, such as Google’s Nest thermostat and the August smart door lock. One drawback: The round plastic module feels flimsy, even a little cheap.

Flex your muscle. The Fitbit Flex ($100) lists for twice the price of the Flash, but it has a Web interface for users who would rather monitor their activity via a Mac or a Windows PC. Flex bands are available in two sizes and 10 colors. Each of the five LED display lights represents 20% of the way toward your daily fitness target. The Flex does not display the time, but it has an internal clock; it can tell you how long you slept and how often you got up, and the silent vibration motor will gently wake you in the morning. The Flex’s brain is housed inside a removable tracking module that needs charging every three to five days. You’ll need the mobile app (Android, iOS or Windows Phone) to plan and track your fitness goals.

Viva Vivo. The Garmin Vivofit ($130, or $90 online) has an honest-to-goodness display—no cryptic lights to decipher—that shows your steps, calories and distance, and sleep patterns, as well as time of day and other data. The band comes in three sizes and six colors, and the device will run for more than a year on two lithium coin-size batteries. The Garmin Connect app, where you’ll track your fitness goals, runs on Macs and Windows PCs, as well as on Android and iOS mobile devices. One nifty feature: a “move bar” that’s designed to prevent binge watching. To reset the move bar, you need to get up and walk around. An optional heart rate monitor ($60, or an extra $20 when purchased online as an add-on) wraps around your chest and wirelessly transmits your heart rate to the fitness tracker. A new model, the Vivofit 2 (list price $130), adds a backlit display, an activity timer and an audible move bar that sounds an alert to get you off your duff.