A Tale of Two Celebrity Marriages and One Prenuptial Agreement

Johnny Depp and Amber Heard could've saved themselves a lot of grief if they'd had a prenup. Learn from their mistake. 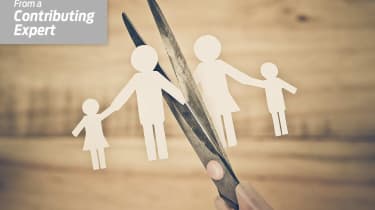 Prenuptial agreements can make a world of difference in a divorce. Two very different stories follow and highlight the difference.

Actors Johnny Depp and Amber Heard were married in February 2015. Their marriage lasted approximately 15 months. They did not have a prenuptial agreement.

Heard filed for a divorce in May 2016 and sought spousal support from Depp. After several highly public and emotionally charged court proceedings, Heard is reported to be receiving a $7 million settlement. In hindsight, a prenuptial agreement would have better protected Depp from such a sizeable financial settlement. The prenuptial agreement may have even helped to avoid the very public litigation battle that many of us have read about.

Interestingly enough, Heard is contributing the settlement to charity. While a charitable donation should be applauded and encouraged, it may also indicate that litigation itself was fueled for reasons other than money, such as for earlier perceived wrongs or even revenge.

The point is that a divorce is emotionally charged and involves many issues beyond just the financial settlement. We have all heard stories of cars or even houses being destroyed to prevent the asset from going to the ex-spouse. Decisions are often made for reasons other than those centered on logic or common sense. Establishing the boundaries for divorce can help prevent a great deal of financial and emotional pain later.

Then there is actor Kelly Cuoco, star of hit television Show "The Big Bang Theory." Cuoco divorced professional tennis player Ryan Sweeting earlier this year. In 2015, Forbes named Cuoco TV's highest paid actress, tied with Sofia Vergara. She enjoyed $28.5 million in earnings, including a salary of $1 million per episode, according to published reports. Her ex-husband has an estimated net worth of $2 million, about $42 million less than Cuoco's reported net worth, according to Forbes.

Unlike Depp and Heard, Cuoco and Sweeting signed a prenuptial agreement approximately one month before their marriage. This binding agreement governed how the assets and finances would be handled, in the event of a divorce. The agreement gave Cuoco full control and protection from claims for greater support or assets. Agreements such as this one help to avoid drawn out financial battles, such as over spousal support, when marriages fall apart.

Prenuptial agreements are particularly important for the following persons who may be getting married:

If you fall in any of these categories, you should take a lesson from the two celebrity divorce cases above and think about entering into a prenuptial agreement before marriage. Here are six other protections to consider, too:

1. Pair the prenuptial agreement with a confidentiality agreement for greater privacy.

3. Consider whether the wages or earnings from work or efforts during marriage are community or separate property.

4. Are debts to be considered community or separate? An often overlooked alternative for a prenuptial agreement is to insulate one spouse from the debts and liabilities of his or her partner.

5. If one spouse has substantially greater assets or income (which is frequently the case), consider designating certain assets to go to the less wealthy spouse over time so that a divorce after a long-term marriage does not otherwise leave one spouse with insufficient assets. Such a provision in some cases substantially enhances the effectiveness of the prenuptial agreement.

John M. Goralka is the founder of The Goralka Law Firm, an estate planning, trust administration, business and tax firm.

Founder of The Goralka Law Firm, John M. Goralka assists business owners, real estate owners and successful families to achieve their enlightened dreams by better protecting their assets, minimizing income and estate tax and resolving messes and transitions to preserve, protect and enhance their legacy. John is one of few California attorneys certified as a Specialist by the State Bar of California Board of Legal Specialization in both Taxation and Estate Planning, Trust and Probate.
This article was written by and presents the views of our contributing adviser, not the Kiplinger editorial staff. You can check adviser records with the SEC or with FINRA.
Share via EmailShare on FacebookShare on TwitterShare on LinkedIn
Advertisement

Sixteen states are having sales tax holidays this year. If you plan your shopping around these tax-free periods, you can save big on back-to-school cl…
For Financially Responsible Kids, Do NOT Do These 3 Things

Tax breaks aren't just for the rich. There are plenty of them that are only available to middle- and low-income Americans.
13 Luxury Goods That Are Cheaper at Costco