A strong dollar and more competition are creating travel bargains here and abroad. 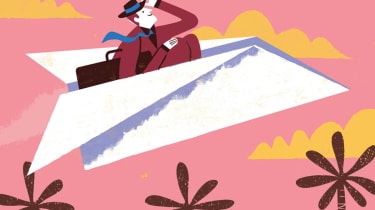 Budget-minded travelers looking to get away in 2020 will find plenty of deals, thanks to new airline routes, increased competition among hotels and airlines, and a strong U.S. dollar.

To get the best fares and rates, you’ll want to sign up for fare alerts, compare flight and hotel prices on search sites, and be flexible with your travel dates. Not sure where you want to go? We’ve asked industry experts to weigh in with their top picks of places you can visit for less in 2020.

Europe at a discount. In the past year, flights to some European destinations, including Paris, Madrid and Barcelona, have become more affordable thanks to new routes and increased competition among carriers, says Tracy Stewart, content editor at Airfarewatchdog.com. You can find flights to Rome from New York, Boston and San Francisco, for example, for $300 to $350 (all prices are for round-trip fares). Those prices will continue to dip in 2020 as low-cost carrier Norwegian Air Shuttle adds routes, says Stewart. For thinner crowds, consider Sicily, with side trips to Palermo and Noto. These cities are becoming trendy destinations but aren’t yet crowded, says Gabe Saglie, senior editor at Travelzoo. Everything from museum tickets to cappuccinos will be more affordable as the dollar’s strength continues in 2020, he says.

Another European value that may not be on your radar: Scotland. Historically, the pound sterling has been an expensive currency for U.S. travelers. But Brexit will continue to be a factor in 2020, and the U.S. dollar will be remarkably competitive against the pound sterling, says Saglie. Week-long Scotland packages recently cost about $1,000 per person, including flights, hotels, transfers and meals, according to Travelzoo.

Timing is everything. Japan will be one of the most expensive destinations this summer. But as soon as the Olympic Games end in mid August, some great deals will crop up, says Saglie. More than half a dozen new hotels have been built for the 2020 Olympics in Tokyo, and post-games travelers can expect to see prices drop by up to 50% while the weather is still good, he says. Getting there will be easier and less expensive, too, because United Airlines and All Nippon Airways are expanding their routes.

Flights to Hawaii will also be less expensive as Southwest adds routes. Flights from the West Coast, which recently cost about $700, could drop to between $400 and $500, says Saglie. Island hopping in Hawaii will also be more affordable in 2020, he says, with Southwest offering one-way fares between islands for as low as $29. Ha­waiian Airlines, which currently dominates the inter-island flight market, will likely reduce most one-way inter-island fares to $50 to $60.

Nature lovers looking for a new desti­nation will find less-expensive flights to Bozeman, Mont., which offers easy access to national and state parks, including Glacier National Park. Until recently, flights to Bozeman were limited and often more expensive than a cross-country jaunt. But new seasonal flights from New York, Philadelphia, Los Angeles and Seattle will reduce rates for East Coast travelers by 10% to 20%, says Saglie.

Yearning for a Caribbean vacation? Consider Curacao. United Airlines has announced new routes to this often-overlooked island, which sits below the hurricane belt and is rarely in the path of storms. The island also has some of the cheapest hotel costs in the Caribbean, with average rates of $125 a night for the winter, according to Oyster.com.

Where to find the best deals

Looking for great values on airfares and hotels? Check out these resources:

Scott’s Cheap Flights will send out international deals to subscribers for free.

Airfarewatchdog sends out daily e-mails with a long list of fares from airports you choose. The e-mails also flag sales, including from Southwest (normally absent from deal newsletters).

Secret Flying provides instant alerts on flight deals that depart from cities across the U.S. to subscribers who download its app.

Sixteen states are having sales tax holidays this year. If you plan your shopping around these tax-free periods, you can save big on back-to-school cl…
For Financially Responsible Kids, Do NOT Do These 3 Things

Tax breaks aren't just for the rich. There are plenty of them that are only available to middle- and low-income Americans.
13 Luxury Goods That Are Cheaper at Costco