Are Americans Getting Smarter with their Personal Finances?

It depends on your income, education and where you live, a new study says. 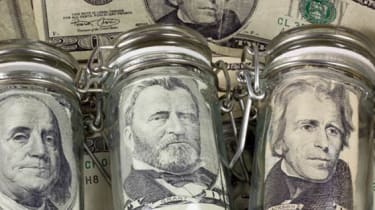 Americans are getting better at handling their finances, but most consumers remain behind an economic eight ball when it comes to setting aside money for emergencies and being able to pay off their consumer debt, according to a study released May 29.

The Financial Capability study, which examined economic health on a state-by-state basis by surveying more than 25,000 Americans last fall, found that just 41% of Americans spend less than they earn, and 56% have not set aside even three months’ worth of income to handle financial emergencies.

Meanwhile, more than one-third — 34% — of respondents pay the bare minimum on credit card debts. And when asked to answer five simple financial questions, the average respondent got a score of 57% — essentially a D grade in economic literacy.

"This survey reveals that many Americans continue to struggle to make ends meet, plan ahead and make sound financial decisions,” said Richard Ketchum, chairman of the Financial Industry Regulatory Agency (FINRA) Foundation, which sponsored the study, in a prepared statement.

Higher wage earners and those who are well-educated were more likely to be financially healthy and less likely to engage in financially destructive behaviors, such as getting payday loans or borrowing against their retirement savings, according to the study. However, the survey also found that where you live can have an impact.

Residents of California, Massachusetts and New Jersey were vastly more likely to have their spending under control and have money set aside for emergencies than residents of Mississippi, Arkansas or Kentucky, according to the study.

Some of the disparity can be linked to demographic differences in age, income and education levels,” Gerri Walsh, president of the FINRA foundation, said in an interview. However there still were striking — and unexplained — differences even when holding those factors constant, she said.

Kerry Patterson, co-author of “Change Anything: The New Science of Personal Success,” said peer pressure may be partly to blame.

“The impact of social forces is significant,” says Patterson. “One of the things we’ve found in studies about weight is that people who are overweight tend to be friends with people who are also overweight. Is it contagious? No. It’s more that they reinforce each other’s bad behaviors.”

The same holds true with economic ills, he says. If everyone in your community is living beyond their means and carrying large credit card balances, it feels fine and normal to do the same. If, on the other hand, they’re all talking about saving and living on less, carrying a heavy debt load begins to feel uncomfortable.

On the bright side, the study found noteworthy improvements in economic health and some financial behaviors, Walsh said. For instance, 49% of those surveyed in 2012 said they paid off their credit card balances each month, versus just 41% who reported paying off credit cards in 2009. Only 35% of Americans had three months’ income set aside for emergencies in 2009, versus 40% today. And 40% of those surveyed said they had no trouble keeping up with monthly bills in 2012, a four percentage point gain over the 2009 survey results.

Additionally, about one-fourth of Americans said they were satisfied with their financial health today, compared with just 16% in 2009. “We don’t know whether the recession scared people straight, but it did seem to change behavior.” Still, says Walsh, there’s a long way to go.

The full study, including state-by-state comparisons of financial health and the financial literacy quiz, can be found at www.usfinancialcapability.org.

Tax breaks aren't just for the rich. There are plenty of them that are only available to middle- and low-income Americans.
Find the Best Money Market for You