Skip to headerSkip to main contentSkip to footer
Advertisement
Technology

Revelations about FaceApp have rekindled debate over how to protect your data.

Florian Schaub is an assistant professor in the School of Information at the University of Michigan.

FaceApp, the viral app that shows you what you will look like as you age, has sparked the most recent debate about online privacy. Should people be worried about the data the app collects? I think what started to make people look deeper was that the app’s developers are Russian and the app’s privacy policy made broad claims about how they might reuse photos. It could mean they’re creating some kind of legal room for themselves to share information with other companies and use it for other purposes. Or it could simply mean that they are trying to limit their liabilities. Still, it is a red flag.

How can app privacy policies be improved? For the longest time, when downloading Google’s Android apps, you would get a permission screen that you would have to “Accept” or you couldn’t download the app. Once you agreed, the app could access your photos and contacts and so forth. That’s not a good choice. I think to help people have better control of their privacy, they should be able to unbundle these decisions [making them specific to what they’re doing at a particular moment]. For example, over the past couple of years, Google and Apple have switched to permission dialog boxes that say things such as “This app wants to access your location: Allow or deny.” That makes it much easier for people to say no and still be able to use the app in some constrained ways, instead of making an all-or-nothing decision. Companies also need to view privacy policies as more than just a way to protect themselves from lawsuits, and have data protection as part of the design.

When using a new app, stop to think how it’s making money and if you trust the app to use your data in a way you agree with.

Some companies are offering to pay users who allow them to track their online activities. What are the risks? That depends on how detailed the tracking is and how the data will be used. It’s already pretty common to collect some data from consumers’ online activities. But a browser extension or an app on your phone that tracks your activities could reveal a lot. For example, let’s say you’re planning a vacation. The tracker could tell someone when your house is likely to be unoccupied and also give them a good indication of your budget, which could indicate how much money you make. Or say a company tracks what you’re watching on YouTube or the news articles you read. That company can then infer your political leanings, along with your entertainment preferences. But a lot of this kind of tracking is already happening in some form.

With data breaches occurring more frequently, what else can consumers do to protect their privacy, particularly when downloading apps? When using a new app, stop to think how it’s making money and if you trust the app to use your data in a way you agree with. Then change your privacy settings to opt out of things. For example, most services let you opt out of having your data used for marketing purposes. And don’t say yes to every permission dialog box that comes up. For example, does the app really need to know your location? Understand that it’s not just asking for your location at that moment but that it might be asking for permission to track your location wherever you go. If you’re using an internet browser, then an ad blocker or tracker blocker, such as Privacy Badger, is useful. 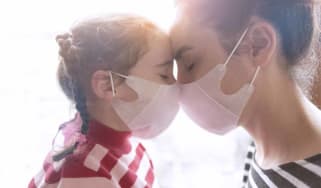