You have until Feb. 12 to file a complaint with the Federal Trade Commission and get some of your money back if you got hit by a telegram scam. 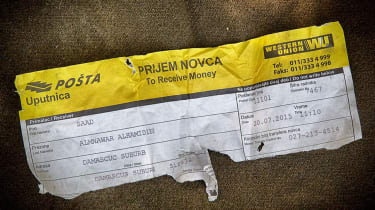 Scam victims who were conned into using Western Union to wire money to fraudsters may be able to get at least some of their money back.

Western Union recently agreed to pay $586 million to settle charges that the financial services giant failed to address hundreds of thousands of complaints related to fraudulent money transfers for phony lotteries and online dating services, bogus family emergencies, and other scams. To be elig­ible for the settlement, the scam must have occurred between January 1, 2004, and January 19, 2017, and you must file a complaint with the Federal Trade Commission by February 12.

Gilardi & Co., a claims administrator hired by the Justice Department, will mail forms to victims who have reported losses to Western Union, the Department of Justice or the FTC. The letters will contain instructions for filing a claim online. Victims who haven’t reported scams can go to FTC.gov/WU to file claims and get updates on the process. It will take the DOJ up to a year to validate claims and return money to victims.