The maximum contribution families can make to health savings accounts for 2018 is $6,900, after the IRS reversed its March decision to lower the limit by $50. 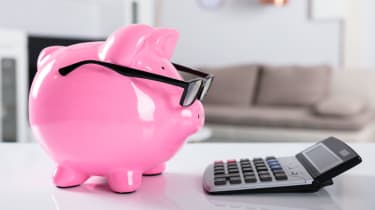 Question: In March, you wrote that the IRS reduced the maximum amount a family could contribute to a health savings account for 2018 after it had announced a higher limit months earlier. Did the IRS ever do anything more on this for those who already contributed the higher amount?

Answer: Yes, the IRS just issued a revenue procedure relaxing the rules and is allowing people with HSA-eligible family coverage to contribute up to $6,900 to their HSAs in 2018, rather than the $6,850 limit that was announced in March. If you already contributed the full $6,900 for the year, you won’t need to withdraw the excess contributions. If you withdrew the extra $50, you can put it back into the account without taxes or penalties. And if you haven’t made your contribution yet, you can contribute up to $6,900, too.

The $6,900 limit for 2018 had been announced before the new tax law was passed last year. After the limit was recalculated downward months later, this created a complicated situation for people who had already contributed the full $6,900. They faced having to withdraw the extra $50 before next April 15 unless the IRS relaxed the rules for the year.

Because many people had already contributed the full $6,900 or set their payroll deductions for the year based on the higher amount, the IRS is allowing people to contribute up to $6,900 for 2018. Future inflation adjustments will build upon the $6,850 limit. The maximum contribution limits for 2019 should be released by June 1, says Roy Ramthun, president of HSA Consulting Services.

The maximum contribution limit for people with single health insurance coverage didn’t change when calculated with the chained CPI. It stays at $3,450 for 2018. And the catch-up contribution for people who are 55 or older this year remains at $1,000.