Does a Lawyer Owe You Money?

It's actually more common than you might think. Here's some advice on how to collect, and about times when you might want to just let it slide.

“While trying to find some guidance for my problem with a law firm that is dragging its feet in paying me for patent illustrations, I came across your 2008 article When Lawyers Don’t Pay their Bills. It is about an attorney who refused to pay a real estate appraiser hired as an expert witness.

“Just like my situation, there was a written agreement requiring payment by the attorney — not his client, but the lawyer. Despite that, in your story and what I am facing, was the same excuse, ‘We haven’t been paid, and so I can’t pay you.’”

“How you got the appraiser paid was so cool. You phoned the attorney’s client who was extremely upset, as they had sent money to the lawyer’s office to pay the bill months earlier! You then had a little chat with the attorney, and in less than 24 hours the appraiser received payment.

“How common is this kind of dishonesty? It must be a real embarrassment to your profession? Do you have any recommendations for the people who accept employment from a lawyer only to get stiffed? Thanks, Tracie.”

Tracie’s correct. There are a lot of things lawyers do which are an embarrassment to the legal profession and a high cost to society.

Strangely, while we are in the problem-solving business, so often instead of seeking fair, common-sense, and economical solutions, we create a giant conflict of interest with our own clients, dragging the case out, running up those billable hours, notably in family law.

I have known divorce attorneys who boast of an immunity to the pain they cause, as “I am only doing what my client wants, expects and is paying for.” Instead of refusing to prolong the misery — telling vengeful clients to cut the crap and get on with life — stables of family law attorneys help their obsessed clients cause the other side as much grief as possible, just as long as their hourly fee is paid. And when the parties run out of money, magically, the case settles.

With the sick rationale, “I am a lawyer, so the rules don’t apply to me,” you’ll find attorneys who take advantage of the people and businesses who help keep their doors open. One guy’s name shows up regularly in my local small claims court, sued by everyone, from his computer and photocopier repair techs, to the janitorial staff, and even by the private investigator who truly “made” one case a million dollar winner, only to be told, “So sue me.”

A Psychologist Shares His Opinion

“This refusal to pay bills is similar to chronic stealing — kleptomania — which is a form of obsessive-compulsive behavior. Stealing takes their attention away from other problems they are suffering from,” observes Austin-based psychologist, Dr. Art Markman.

“Why do people such as this lawyer do these things? In their very twisted logic, it is to make themselves feel as if they are in control of their world. But this behavior is self-destructive and instead of establishing control, the reaction – lawsuits and judgments — actually reduces control.”

What Should Tracie Do Now?

“If I file a complaint with the State Bar, will they do anything to help me? What should I do?”

Without identifying either the attorney or Tracie, I spoke with a representative of her State Bar Association who, as I suspected, told me they would consider this to be a civil matter and would not begin an investigation.

“However, if she sends us a letter outlining the issues, we will forward it to the attorney. Historically, when lawyers hear from us, they wake up and pay their bills. And you would be surprised at how often we speak with people just like your reader.”

I offered to phone the attorney for Tracie — which I am confident would have had a positive result — but she was reluctant to rock the boat. Her course of action would in part depend on the amount owed and the downside of pursuing the lawyer.

The amount was about $500, and by this time it had become an issue of principle. “That can have a cost, a very high cost, depending upon what you do,” I cautioned.

Depending upon how much trouble his firm could cause Tracie through bad-mouthing her work product, this might be a time to write it off and politely refuse any new assignments from his firm. But stirring the social media pot could result in Tracie being sued for a number of things.

“Finally, if they have a new job for you, say, “That’s great, and now we are on a pre-paid basis.”

If Tracie never hears from them again, she will be far ahead.

After attending Loyola University School of Law, H. Dennis Beaver joined California's Kern County District Attorney's Office, where he established a Consumer Fraud section. He is in the general practice of law and writes a syndicated newspaper column, "You and the Law." Through his column he offers readers in need of down-to-earth advice his help free of charge. "I know it sounds corny, but I just love to be able to use my education and experience to help, simply to help. When a reader contacts me, it is a gift."

Are There Cracks in Your Pension Plan? 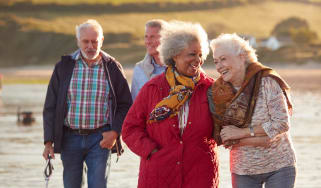 Are There Cracks in Your Pension Plan?

You're counting on pension benefits in retirement. But how secure is your pension plan? We offer some guidance, including a pension calculator, to hel…
33 States with No Estate Taxes or Inheritance Taxes 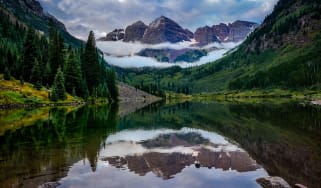 33 States with No Estate Taxes or Inheritance Taxes

Even with the federal exemption from death taxes raised, retirees should pay more attention to estate taxes and inheritance taxes levied by states.
Doug Glanville on Race, Sports — and Personal Finance 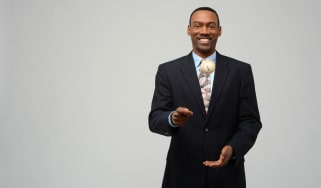 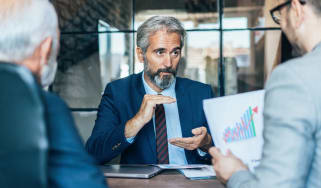 Your Financial Adviser Wants to Retire, Too

As the wealth management industry faces a wave of retirements, it's time for you to consider whether your adviser has a succession plan -- and what yo…