Sail and Sightsee On a River Cruise in Retirement

Biking, hiking and fishing expeditions when you get off the boat. 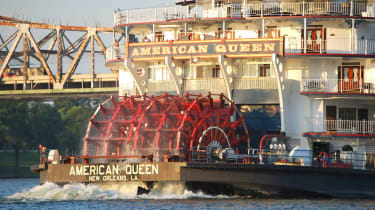 Biking, hiking and fishing expeditions when you get off the boat. Yoga and cardio classes on deck. Shopping at local food markets. Mingling with artists at galleries. Experiences like these are what’s new aboard today’s riverboat cruises.

Riverboats that sail in the U.S. and abroad, and dock in major cities and small towns, are one of the biggest growth markets in the travel industry. Most passengers are 50 and older, and they are often seasoned travelers, who value cultural interactions and learning about history and art over lavish entertainment and casino nights.

A case in point: Susie Seiler, 65, and her husband, Mitchell Yonkler, 66, of Ossining, N.Y., took their first river cruise in the South of France in the summer of 2017, after landing a last-minute deal. “The educational content, the lectures about the French Resistance or the Roman ruins we were going to see, given by knowledgeable historians onboard, was really interesting,” Yonkler says. “The immersion in the destination was deeper,” compared to a larger ocean cruise they recently took in south Asia, adds Seiler.

They also liked the convenience of someone else handling their luggage, airport transfers and other tiresome details. “It’s comforting to have someone meet your flight and take care of you,” Yonkler says.

According to many river cruise companies, as well as a recent report by trade group Cruise Lines International Association, business is booming. According to a recent CLIA report, 53% of travel agents say they believe river cruising is growing in Central and Eastern Europe, including on the Rhine, Moselle, Danube and Elbe rivers. Another 30% say they believe the river market is growing on the western side of the continent, and another 24% see growth occurring in the south of Europe, such as on the Rhone, Douro and Dordogne.

“Oceans may take you to a destination, but only rivers take you through them,” says Brenda Kyllo, vice president of strategic alliances at AmaWaterways. Adding to the appeal of riverboat programs: the ability to dock in the center of town, and never having to pack and unpack, she says. AmaWaterways has added six new ships in the past three years and just launched the AmaMagna, which is twice the width of traditional river ships, with more spacious suites. In 2020, AmaWaterways offers 34 itineraries to 22 countries including Croatia, South Africa, Botswana and Zimbabwe.

Riverboats are restricted in size—typically to 200 passengers or fewer—because of narrow locks and bridges. Thus, in response to the uptick in demand, cruise lines are adding new boats and itineraries. “Travelers are looking for active and immersive experiences, and river cruise lines are responding onboard and in port. Each cruise line is leaning more into the lifestyle wants of their guests,” says Colleen McDaniel, editor in chief of Cruise Critic, an industry newsletter and website. For example, luxury line Crystal River Cruises provides 24-hour room service, butlers and a choice of 24 wines at dinner, while AmaWaterways, the first company to offer bicycles for sightseeing in ports, has an onboard wellness program that includes yoga and cardio classes. Updated menus on many cruise lines offer more choices and cater to vegetarian, vegan, gluten-free and other special diets.

“The newest trend is culturally immersive based cruises, centered on the Civil War or American music or culinary adventures,” says Bill Spaeth, senior vice president of marketing. The flagship boat, the American Queen is the largest riverboat in the world and holds 420 passengers, and the company’s other three boats hold from 160 to 240 passengers. A popular itinerary is the eight-day Memphis to St. Louis American River BBQ challenge, which starts at $2,099 per person. Culinary teams from the riverboat compete against regional barbeque masters.

With so many choices available, it may be hard to decide which trip to take. Travel experts offer the following tips on how to select the best trip for you.

Consider what’s most important to you. “Is it the destination, food, service or price? Find a travel agent who has experience with river cruises because it’s sometimes hard to discern differences without expert help,” says Walter Littlejohn, vice president and managing director of Crystal River Cruises.

The meaning of “all inclusive” may vary widely from boat to boat. Does it include gratuities, all shore excursions, wine and beer at dinner, or all alcoholic beverages at any time?

Don’t overlook shore excursions even if you are charged extra. “Take advantage of special day trips. Some are really worth it,” says Roberta Graham, 73, a retired health care executive who has gone on three Viking riverboat trips. On a Seine trip, she took a memorable cooking class with three other passengers. They went with a tour guide to gather fresh ingredients at markets and then cooked a meal at a cooking school while “the chef and the tour guide sang opera to us.”

Pay attention to the activity level mentioned in the itinerary. “It’s easy to get on and off our boats and buses, but some streets in the ports may be uphill or downhill,” says Spaeth. “Some of our programs are easy paced, and some are active,” says Road Scholar’s Bell. Only some of the riverboats have elevators. For those with mobility issues, Bell recommends trips such as the 10-day “Bountiful Holland by Riverboat: Tulips and Parks at a Slower Pace,” which explores the history of tulips along Holland’s rivers. Starting at $2,799 plus airfare, the trip requires some walking and standing for a few hours in museums. Holland is fairly flat and a good option for those who prefer easy walking.

“I plan to keep going on riverboat trips, once a year, until I run out of places to see,” says Graham. “I’m addicted to them.” Given the growing options, the likelihood of depleting the supply is slim.