By employing little-known claiming strategies, a couple can still bring in some income at full retirement age. 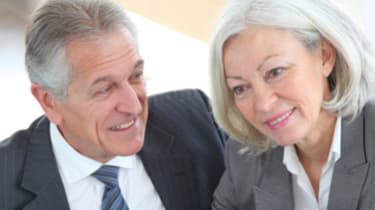 Traditionally, for most married couples, the Social Security decision has been relatively easy: The higher-paid husband claims his benefit, while the wife, with a much smaller earnings record of her own, claims a spousal benefit. Now baby boomer women are retiring with years of highly paid work under their belt. Couples with two strong earners may need to tweak the conventional claiming strategy to maximize total benefits.

A spouse can receive up to 50% of the other spouse's benefit. Meanwhile, for each year a person delays claiming beyond full retirement age—66, for those born between 1943 and 1954—the beneficiary receives an 8% delayed retirement credit until age 70.

For many couples with close-to-equal benefits, it may make sense for both to delay—to take advantage of delayed retirement credits. At the same time, one of the spouses can still claim a spousal benefit by employing one or two little-known claiming strategies.

It only makes sense for both spouses to delay if the lower earner's full benefit plus delayed retirement credits exceed half of the higher earner's full benefit. And if the couple also brings in one spousal benefit, "you don't lose any money and you get raises at 70," says Jim Blair, a former district manager for an Ohio Social Security office and a partner at Premier Social Security Consulting, in Sharonville, Ohio.

Since both spouses have lengthy life expectancies, delaying both benefits is the best strategy, says William Reichenstein, a professor of finance at Baylor University, in Waco, Tex., and a principal of consulting firm Social Security Solutions. In this case, Reichenstein recommends that the couple employ two strategies that would bring in spousal benefits—while also delaying collecting their own benefits.

Because Jane cannot collect a spousal benefit until John claims his own benefit, John claims—but then he suspends his benefit. But Jane also should take another step. Ordinarily, the Social Security Administration requires that a spouse take the largest benefit possible—in Jane's case, her own $1,900 benefit is larger than the $1,000 spousal benefit. Because she is full retirement age, however, Jane is allowed to choose to claim a spousal benefit—a strategy known as restricting an application to a spousal benefit.

Voila! Jane collects $1,000 a month until they both turn 70. At that point, John claims his delayed benefit, and Jane "steps up" to her delayed benefit.

By delaying until 70, high-earning couples can turbocharge their benefits for when they may need the cash flow the most—in their later years. Looking at cash flow "reminds you how long retirement is," perhaps from 70 to 95, says Christine Fahlund, senior financial planner for investment firm T. Rowe Price.

Another reason both equal earners should consider delaying: One spouse could die earlier than life expectancy. Again, consider John and Jane, but with a wider spread in life expectancies of 76 and 90. John plans to delay to 70. If he dies at his life expectancy, Jane, at 76, would get his full survivor benefit of $2,640 a month, which is higher than her own delayed benefit at the same age.

Say the couple had decided Jane would claim at 62 to bring in income early, but John dies of a heart attack at 68. Her survivor benefit would be $2,320—short two years of delayed credits. If instead she had delayed her own benefit until 70, she could have taken the small survivor benefit for two years. In the meantime, her own benefit would have grown to $2,508 a month and she could have switched to that at 70.

Uncle Sam can tax up to 85% of your Social Security benefits if you have other sources of income, such as earnings from work or withdrawals from tax-d…
Turning 60 in 2020? Expect Lower Social Security Benefits