If a couple regrets having the lower-earning spouse take a reduced benefit early, there are a few opportunities to increase the monthly payout.

It's fairly common for lower-earning spouses to take a reduced Social Security benefit before reaching full retirement age. Some couples have second thoughts about that decision. You might be able to take a do-over or at least boost the benefit.

When you take your own benefit early, it's permanently reduced. Take it at the earliest age of 62 and it's clipped by 25%. A lower-earning spouse who claims a spousal benefit early also gets hit. Instead of getting 50% of the higher earner's full-retirement-age benefit, the lower earner claiming a spousal benefit at age 62 receives 35% of the higher earner's benefit.

It could make sense for the lower earner to claim a benefit early if the higher earner plans to delay until age 70. (For each year you delay past full retirement age, you get a delayed retirement credit of 8%.) With the lower earner claiming early, "they get a little bit of income coming into the household for a longer time," says Judith Ward, senior financial planner for T. Rowe Price. For some couples, that extra income enables the higher earner to afford to delay his larger benefit.

If the higher earner dies first, the lower earner can switch to a survivor benefit, which is worth 100% of the higher earner's benefit as long as the survivor claims it at full retirement age or later. You can use the free "Social Security Benefits Evaluator" tool at www.troweprice.com/socialsecurity to plug in various claiming scenarios.

Here are ways for a lower earner to undo the decision to claim early. The maneuvers differ based on whether the lower earner is collecting her own retirement benefit or a spousal benefit.

A retirement benefit. If the lower-earning spouse claimed her own benefit within the past 12 months, she can withdraw her original claim. (Use Form SSA-521, "Request for Withdrawal of Application.") She must pay back all benefits she received. When she reapplies, she will get a larger monthly benefit.

Working spouses also can get a bit of a benefit boost. If a lower-earning spouse claims a benefit early but is still working, the earnings test limit will sock her benefit. But all is not lost—she'll make up for lost ground later.

There's another way in which working while claiming Social Security can lead to higher benefits. A retirement benefit is calculated based on a worker's 35 highest-earning years. If the wife was out of the workforce caring for children and has only 15 years of earnings, a year of earnings will replace one of those 20 years with no earnings.

Say the husband, at full retirement age, filed for his benefit and then suspended it, enabling his wife to take a spousal benefit early. Within the first 12 months, he could withdraw his application for benefits. "If he withdraws his application, then any other applications off that record would have to be withdrawn," says Jim Blair, a former district manager for an Ohio Social Security office and a partner at Premier Social Security Consulting, in Sharonville, Ohio. All of the spousal benefits would have to be paid back, and both spouses could start their benefits over at a later date.

Or, Blair says, the lower-earning spouse can withdraw just her application for the spousal benefit, even if her husband doesn't withdraw his application. She will have to pay back all the spousal benefits she has received. There's an advantage to this scenario in which only the spouse withdraws, says Blair. When you delay benefits, you can choose to take a lump sum payout of six months' worth of benefits (and accept a monthly benefit that's calculated as if you had applied six months earlier). But, Blair says, by filing and suspending at age 66, the husband would be entitled to receive retroactive benefits back to age 66 if down the road he wanted to take a lump sum instead of taking a higher monthly benefit. While his monthly benefit would return to his full retirement age amount, the maneuver provides flexibility if the couple later decides that delaying the husband's benefit wasn't the right move.

There's another way to boost spousal benefits. If the lower earner is still working and her earnings exceed the annual earnings test limits, the spousal benefit would be subject to the earnings limits. And the forfeited benefits will eventually be calculated back at full retirement age, which will boost her spousal benefit. 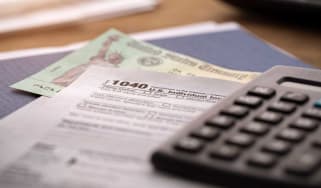