The Secret Is Out on Social Security

Readers say they hit the jackpot by using our little-known strategies to boost benefits.

Donald McCarren knows a thing or two about money. After all, he directs the MBA program at Lincoln Memorial University, in Harrogate, Tenn. But he didn't know that his 5-year-old daughter, Alexa, was entitled to Social Security benefits worth up to half of his monthly check until she reaches age 18.

Nor did his accountant, his estate attorney or "a very successful money manager," who happens to be his son.But then McCarren read Secret Ways to Boost Your Social Security.

The article noted that minor children of older men such as McCarren, 68, are entitled to monthly benefits when a parent begins collecting Social Security. "I went to the Social Security office," he says, "and was told that my daughter was entitled to $1,068 per month and that the benefit was retroactive."

McCarren and his wife, Anoula, 42, have already received a check for more than $40,000. He estimates that over the next 12 years, the added benefits, which he plans to invest for Alexa's college education, will be worth more than $250,000. "We were just amazed," he says. "It's almost too good to be true."

Claiming spousal benefits. Many two-career couples assume they will claim Social Security based on their individual work records. They tend to dismiss spousal benefits (worth 50% of the worker's benefits) as a throwback to the good old days of Leave It to Beaver. But several readers of the July story -- among them Tom West of Minneapolis -- were astonished to learn that if they applied for benefits at their normal retirement age (which is 66 for anyone born between 1943 and 1954), they could restrict their application to spousal benefits and delay collecting on their own record until later, when their benefits would be worth more. Depending on your birth year, your retirement benefit increases by 7% to 8% for every year you delay collecting, until age 70.

For Tom and his wife, Kathleen, the surprise benefits translate into nearly $700 a month in extra income. Kathleen, a former nurse, started collecting at 62. But Tom, 66, a theology professor, plans to keep working for at least four more years. "Until I read the Kiplinger's article, I never dreamed that I could draw spousal benefits," says Tom. "I submitted my application, and within ten days I had received a check for $2,760 retroactive to February, when I reached my full retirement age."

By the time Tom applies in four years for his own retirement benefits, they will be worth about $2,300 a month -- 28% more than what he could collect today. "That's like earning 7% a year on an investment, and it's hard to get 7% a year anywhere else," he says.

Tom is thrilled with his windfall, but it didn't come easy. When he applied for spousal benefits online at the Social Security Web site (www.ssa.gov), the agency misinterpreted his request and processed his claim for benefits on his own record. So he withdrew his application and tried again in person at the local Social Security office. "You have to be persistent," Tom warns. "Three SSA agents gave me totally wrong information. If you're not well informed and certain you are correct, you can easily be defeated after a few phone calls."Our article also brought peace to the Barra household in Dania Beach, Fla.

"My wife was pressuring me to collect Social Security so she could collect her spousal benefits," says Gerald Barra, 66. But Gerald, an engineer, would like to delay collecting benefits until 70. Normally, you can't collect spousal benefits until the primary worker files for Social Security. But after reading the article, Gerald realized that he could "file and suspend" -- apply for retirement benefits now, allowing his wife, Patricia, to collect spousal benefits, and then immediately suspend his own application so he can accumulate delayed-retirement credits. As a result, the Barras will boost their household income by about $12,000 a year.

Dan and his wife, Sharon, each have a small pension, and they were thinking about using some of their savings to buy an immediate annuity. Then Dan, a retired systems analyst for IBM and Wachovia Bank, read about the do-over strategy. "It's like buying an annuity, only cheaper," he says.

Now 67, Dan had been collecting Social Security benefits since he was 62. His most recent benefit, which was adjusted for inflation each year, was $1,580 a month. If he had waited until he was 68 to start collecting benefits, he would have been entitled to $2,425 a month. So Dan decided to file Form 521 to withdraw his application for benefits and to reapply next year.

By repaying $84,000 in past benefits and reapplying when he turns 68, Dan can "buy" an additional $845 a month in inflation-adjusted income. That's nearly $100,000 less than it would cost to buy an inflation-protected immediate annuity with a 100% survivor benefit from a low-cost annuity provider, such as Vanguard.

Dan also plans to take advantage of a tax break that allows him to claim either an itemized deduction or a tax credit (whichever results in bigger savings on the taxes he has paid on past benefits). But he'll let his accountant tackle the complicated calculations, which are explained in IRS Publication 915, Social Security and Equivalent Railroad Retirement Benefits, at www.irs.gov. "I feel very comfortable with my decision," says Dan. He admits, however, that if he and Sharon die in the next few years, or if Congress changes the rules, it could be a mistake.

Getting good information. Although Dan's plan seemed simple, the execution was anything but. One SSA employee had no idea what he was talking about. Her supervisor told Dan that if he stopped his Social Security checks, he would also lose his Medicare coverage. That's not true, but he will have to pay his Part B premiums directly until his Social Security checks resume.

Social Security Administration spokesman Mark Lassiter concedes that many of the agency's more than 30,000 employees may not be familiar with the nuances of some of these strategies to maximize retirement income. But, he says, training efforts are under way to bring service and claims representatives up to speed.

Lassiter also says the agency is reviewing how it communicates information to the public about these critically important retirement decisions. "There is now more awareness and more interest in the issue of when to retire," he says. Plus, SSA recently unveiled an easy-to-use online calculator that is tied to your own earnings record and allows you to experiment with "what if" scenarios to determine how much your retirement benefit would be at various ages. 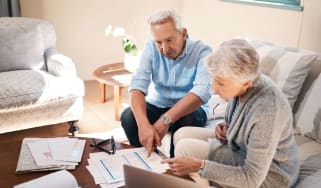 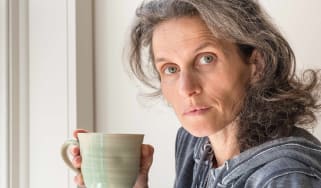 A guide for spouses, ex-spouses, widows and widowers on their Social Security benefits and how to make the most of them.