4 Big Retirement Regrets That You Should Avoid

Plan ahead carefully to ensure you have enough money to do the things you want after you retire. 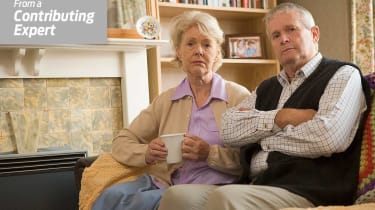 The closer you get to retirement, it seems, the more pressure there is to plan ahead. But how do you know if you're coming up with the right answers when you're facing life-changing questions—and there's so little room for error? When should you stop working? How much money should you have saved? How can you make sure that money lasts?

Sometimes failure is the best teacher. When I talk to retirees, they frequently bring up their regrets—things they say they'd do differently if they could. Here are a few of the more common mistakes retirees make that we all can learn from:

1. They called it quits too soon.

After decades of working, it's tough not to dream of the day when you can retire. People in their late 50s see the numbers on their retirement account statements, and they think, "Wow, that's a lot of money! One more bad Monday at work, and I'm retiring!" The decision to retire can be more emotional than logical. But when you retire early, not only do you cut down on the time you have to save money, but you also extend the amount of time you'll need that money.

2. They relied too much on hope.

After you retire, the amount of risk you take with your finances should change. Many keep the same investment strategy they've always had, hoping for big returns. But in retirement, it's not so much about how much money you can grow anymore; it's about taking distributions. You're not gambling with some far-off future—you're risking the money you need to live on right now. If there's a serious downturn—such as the one in 2008 when the markets dropped 38% to 40%—you could lose a significant amount of the money it took you a lifetime to save. And you may not be able to easily recover from that loss.

3. They cashed in too early.

Many people regret drawing from Social Security at age 62 instead of waiting until they reached their full retirement age, or even longer, when they would have received larger monthly checks. They said, "I've paid into it long enough; I'm ready to get something back." Or maybe they started dipping into their IRAs at 59½, then their savings and then they're forced to take Social Security sooner than they planned. They're winging it, without a strategy to address taxes and other expenses—and eventually they realized they could have problems sustaining the lifestyle they wanted on the money they had left.

4. They spent too much, planned too little and enjoyed too late.

Retirees often overspend in the first few years. They have their health and this newfound freedom, but they don't have a plan to address their income needs. They withdraw too much too fast to pay for that new life without considering the consequences.

But there are also those who regret not doing enough in retirement. They save every penny and are afraid to do anything. Or they just don't have any ideas at all for what they'll do with their leisure time—something that will get them out of bed in the morning. And then, when they start losing their health, they're sorry they didn't have fun while they were able.

As with every aspect of retirement, balancing the desire to get out and enjoy life versus finding the money to pay for it requires planning ahead. But that certainly beats living with regrets.

Curvin E. Miller IV is vice president of Russell & Company Total Wealth Management. He is a Chartered Retirement Planning Counselor designee through the College of Financial Planning, has passed the Series 7 and 66 exams and is a licensed insurance professional.

Curvin E. Miller IV is vice president of Russell & Company Total Wealth Management. He is a Chartered Retirement Planning Counselor designee through the College of Financial Planning, has passed the Series 7 and 66 exams and is a licensed insurance professional. He was named one of the Top 18 Alumni from 2004 to 2013 by his alma mater, Miami University in Ohio. Miller co-hosts the weekly "Retirement Rescue Radio" show. He is a longtime swimmer and loves mountain biking.