Tax-Free Transfers From IRAs to Charity Are Still on Hold

In a familiar year-end ritual, retirees are waiting for Congress to extend the law allowing charitable contributions to count as retirement distributions. 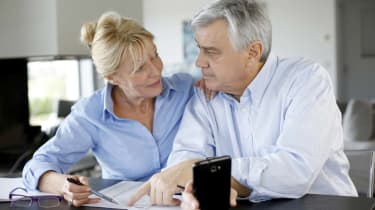 Can I make a tax-free transfer from my IRA to charity in 2015? I did this in 2014 and want to know if the law has been extended before I take my required minimum distribution for the year.

See Our Slide Show: 10 Things You Must Know About Traditional IRAs

The law hasn’t been extended yet, but that’s not surprising – Congress typically waits until mid December to pass legislation permitting tax-free transfers from IRAs to charity. If you want to donate your required minimum distribution to charity rather than taking it as a taxable withdrawal, wait until closer to the end of the year to take your RMD.

Over the past several years, if you were 70½ or older and had to take a required minimum distribution from your traditional IRAs, you’ve been able to transfer up to $100,000 from your IRA to charity tax-free. The transfer counts as the RMD but does not boost your adjusted gross income. (You can’t take a charitable deduction for the contribution on your tax return.)

Keeping a lid on AGI can be valuable in several ways. It lowers your tax bill – and may prevent your income from being snagged by a higher tax bracket. It can help keep income below the threshold for the Medicare high-income surcharge, which boosts your Part B and Part D premiums if your AGI is above $85,000 if you’re single or $170,000 for joint filers. It can also lower the amount of Social Security benefits subject to taxes (see Do You Have to Pay Taxes on Social Security Benefits? for more information). Finally, it’s a boon if you don’t itemize deductions and wouldn’t be able to take a charitable write-off.

If the law works as it has in the past, the money must be transferred directly from the IRA to the charity; if you withdraw money and then give it to charity, it will be included in your AGI (there was a rare exception in 2012, when Congress didn’t approve the transfer until January 2013). Be ready to act quickly if Congress still hasn’t extended the law by the middle of December; you must take your RMDs by December 31 or you could be hit with a penalty of 50% of the amount you should have withdrawn.

For more information about the RMD rules and timelines, see Retirees, Avoid These 5 Costly RMD Mistakes.

Take Our Quiz: How Much Do You Really Know About Roth IRAs?